Thanks To Seltos And Carnival, Kia Motors Clocks 1 Lakh Sales In Less Than A Year

The Seltos was the first Kia offering in India, launched in August 2019 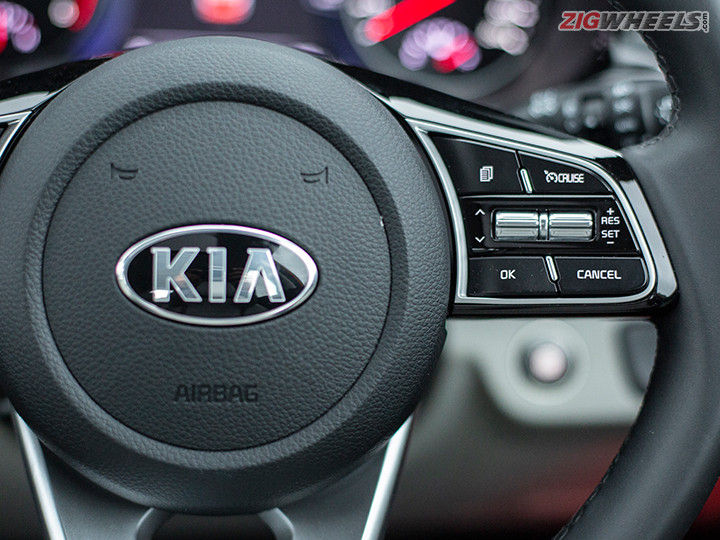 Kia Motors entered the Indian market a little less than a year ago with the Seltos. Since its launch in August 2019, it has maintained a stronghold over the compact SUV segment. Following the Seltos was the Carnival which was launched in February 2020 and like the Seltos, it came loaded with segment-topping features. These two potent products have helped Kia become one of the top five carmakers by market share in India.

The young brand has in that period managed to clock  a cumulative sales figure of 1 lakh units. The credit for this goes to the Seltos, which has registered a cumulative sales figure of 97,745 units. It nabbed the highest sales in the compact SUV segment almost every month. The Carnival accounts for the rest with 3,614 units sold, which is respectable considering its positioning and the current scenario where sales have been mild at best.

The Seltos boasts lucrative features such as a 10.25-inch touchscreen infotainment system, an 8-speaker Bose sound system, a 360-degree camera, UVO connected car technology, and keyless entry. On the other hand, the Carnival comes with premium features of its own. It features rear electric sliding doors, rear entertainment screens, captain seats with Ottomans in the middle row for the 7-seater, and UVO connected car technology. The top-spec variants are even more luxurious with a 10.1-inch dual-touchscreen entertainment system, a Harman/Kardon 8-speaker sound system, and 10-way powered ventilated driver’s seat.

Kia’s high sales figures can be attributed to its generous feature list in both its offerings along with them being competitively priced. The Seltos, with its multitude of powertrain options, has maintained a stronghold in the compact SUV segment.

Kia is now gearing up for its third offering in India, the sub-4m Sonet SUV. Like the Seltos and the Carnival, the Sonet is expected to boast a feature list worthy of a higher segment. The Sonet will debut on August 7 and is expected to be priced from Rs 7 lakh to Rs 11.5 lakh.