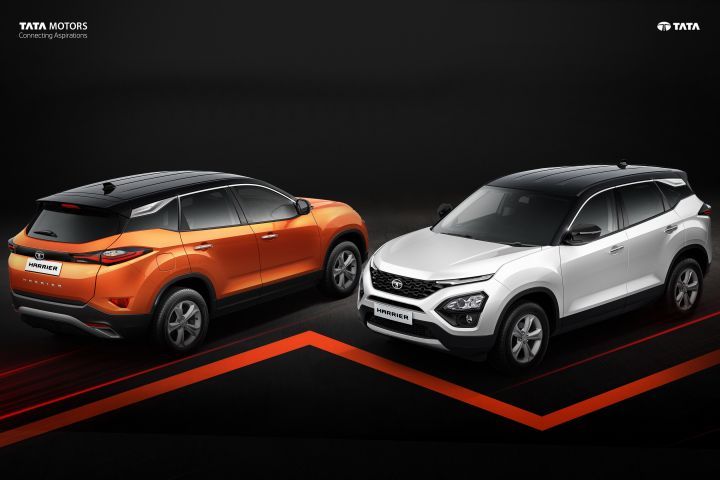 Tata Motors is hard at work to keep its flagship Harrier SUV relevant in the face of rising competition. The carmaker recently introduced a dual-tone variant and will soon launch a stealth all-black edition to boost the Harrier’s appeal. However, the main chink in the Harrier from day one was the lack of an automatic transmission. But that’s about to change as a Harrier with an automatic transmission has been spied.

The Harrier will come with a 6-speed torque converter automatic transmission sourced from Hyundai. It is expected to launch along with the BS6-compliant version of the 2.0-litre Kryotec diesel unit. The BS6 version is also expected to develop 170PS, a whole 30PS up from the current iteration of the diesel engine. Torque figures remain the same between the BS4 and BS6 versions at 350Nm. Apart from that an all-wheel drive variant is also on the cards for the SUV.

The Harrier comes loaded with features like an 8.8-inch touchscreen infotainment system with Android Auto and Apple CarPlay, climate control, 7-inch coloured multi-info display (MID), steering mounted controls, cruise control, climate control, auto headlamps, rain sensing wipers, push button start as well as cruise control. The Harrier can also be had with a sunroof fitted at the dealer level for an extra cost of Rs 95,000 on any variant.

When launched, expect the Harrier automatic to be priced a lakh over the equivalent manual variant. Prices for the Harrier currently start from Rs 13 lakh and go upto Rs 16.76 lakh (ex-showroom Delhi). The Harrier rivals the Mahindra XUV500, MG Hector, Hyundai Creta and upcoming Kia Seltos.