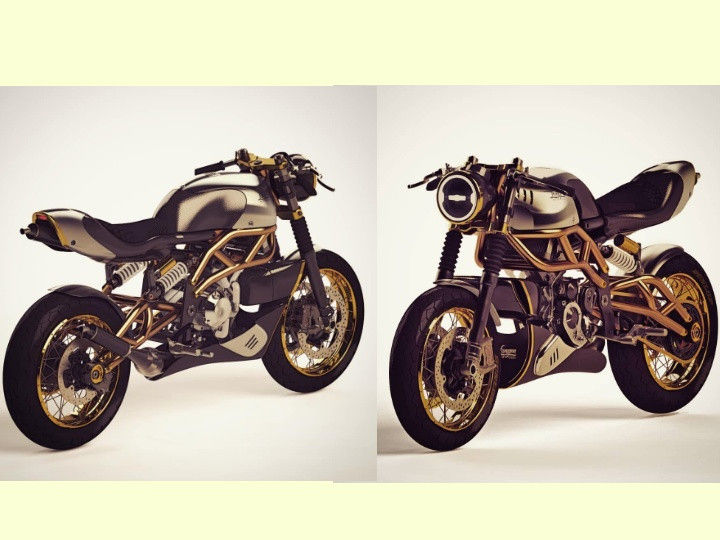 Today’s race tracks echo with the sound of screaming inline-fours and growling Vees, but there was a time when race bikes sounded a lot more like souped up lawn mowers. Back in the 80s, two-strokes like Yamaha’s fabled RD250 dominated the domestic racing scene in many countries, and now, a British startup is attempting a sort of two-stroke renaissance.

Langen Motorcycles from Manchester in the UK is hoping to complete a limited production run of modern 250cc two-stroke performance bikes. The bike, referred to as simply ‘The Two Stroke’, draws power from a 250cc V-twin motor made by Italian company Vins. Thanks to modern technology like fuel-injection and oil-injection, the engine is able to meet modern emission standards while still producing eye-watering power figures.

At a claimed 76PS, the Langen bike will be a whole 50 per cent more powerful than the recently launched Kawasaki Ninja ZX-25R. Not only that, it’ll also weigh a fraction of what the Ninja weighs, at just 112kg compared to the 25R’s hefty 182kg. This is partly thanks to Langen’s engine being a lot lighter than the Kawi’s, but also helped by the healthy amount of carbon-fibre and aluminium used in its construction.

The fuel-tank and bodywork are made from carbon-fibre, with 24-carat gold leaf detailing to seal the deal. Everything is held together by a trellis frame constructed from aluminium tubes, and cycle parts are a similarly top-notch affair. Up front, there are 320mm twin discs bitten on by radially-mounted calipers, and an Ohlins right-side-up fork. At the rear, stopping power comes from a 265mm disc brake and suspension is handled by twin shock absorbers from Ktech.

On the styling front, the Langen goes for a naked approach with a classic round headlight and low clip-on bars that give the bike a cafe racer look. You can never go wrong with a black and gold combination, and this bike is no exception. Of course, with all those high-spec parts and that gold leaf on the bike, expect prices to be as massive as that power figure once they’re revealed. Of course, for that price, you’ll get a bespoke motorcycle, with Langen tailoring the chassis geometry and ergonomics as per your preferences.