KTM 390 Duke details confirmed - to be unveiled next month! 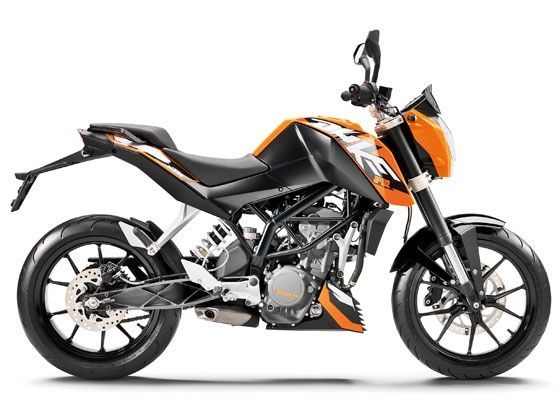 The biggest news that hit Indian motorcycling this year was all about the KTM Duke 200 and the Bajaj Pulsar 200NS and while this is indeed a step in the right direction for the industry and enthusiasts, it is but the starting point for much more on the pleasure and leisure motorcycling theme which India has been crying out loud for.

The essence of all these things has got to be affordable performance and the KTM - Bajaj Auto duo are well on their way to further this line of thought. Both partners are well advanced with larger versions of their tarmac terrors, all new machines pushing the envelope using completely different approaches while employing the same building blocks. Last year at a KTM dealer conference in the U.S. there was speculation of an all new small sized machine for Europe and the US which was then tentatively badged as a KTM 350. Things have now moved ahead to a possible launch at EICMA, a.k.a. the Milan Motorcycle Show scheduled for mid-November this year.

The new motorcycle will in all probability be referred to as the 390 Duke, staying in line withKTM’s policy of naming its models like the 990 and the 690. Powering the 390 Duke will be a 375cc single-cylinder liquid-cooled 4-valve engine and feeding it will be an advanced fuel injection system. The basic framework of the 390 Duke will remain similar to its younger sibling, the 200 Duke, employing the same lightweight trellis frame, the gorgeously crafted lightweight swing-arm as well as the same suspension components provided by noted suspension specialists White Power or WP suspension as it is presently known. For sure there will be a scaled up frame and beefed up suspension components as also a revised wheelbase while everything will be enhanced to make the bike a pleasure to ride machine in keeping with KTM's 'ready to race' DNA.

As was also the case with the Pulsar 200NS, one saw the basic engine architecture in theKTM Duke 200 and so should also be the case for the next larger Pulsar which Bajaj Auto officials have oft mentioned without divulging details. The new engine is a large single cylinder liquid-cooled unit with twin overhead cam shafts operating a four valve head. This new unit is expected to deliver, wait for it, 45 genuine Austrian thoroughbreds and while this is top draw there is even more when you factor in the all-up weight of the motorcycle. It is expected that the new Duke 390 will tip the scales at just 150 kilos making for a staggering power-to-weight ratio of 300PS per tonne making it quite simply one of the best lightweight pocket rockets in the world! While other details are sketchy, especially as regards torque and transmission, much of it would be on proven lines and I for one expect a six-speed transmission and supple tuning to make for a very explosive mid-range  followed by a near 200km/h capability.

The Duke 390 would also be built in India as are the 125 and 200 Dukes, at Bajaj Auto's state-of-the-art Chakan facility and exported the world over. When it would be able to hit markets will only be known after its launch but expect it to hit markets globally in the second quarter of 2013. We are fairly sure that this bike would also be sold in India, just around the Rs 1.8 to Rs 2.0 lakh price point and sporting such a price tag it surely has the wherewithal to move the market dynamics drastically, among all bike makers in the land.

Staying with market dynamics, expect more of a shake-up when the same 375cc unit gets the Bajaj Auto triple spark treatment while keeping its four-valve head and a single hoc as against the dohc set-up on the Duke to appear in a larger Pulsar! Also expect this larger proportioned Pulsar to manifest itself in both naked and full faired versions.

However, there is also the tasty thought on what might be when My mind keeps going back to what Joseph Abraham had answered when I asked him if he could take the triple-spark plug layout to other multi-cylinder units and he had suggested a vee-twin was in the realm of possibility. Just think about a vee-twin sharing the cylinder dimensions of the Pulsar 200NS on a common crankcase and you end up with a 400! In this day and age of downsizing without lowering the performance quotient, this sort of an approach could be just the ticket for KTM and Bajaj to hit the ground running all over the world. Fancy thoughts or fact, only time will tell on the vee-twin concept but the next Duke 390 and the larger Pulsar are closer than one can comprehend. Also Read: KTM 200 Duke gets custom race livery


And while we are in the mood to break out some inside info on upcoming motorcycles, we might as well hand you some more dope on the next big thing in Indian two-wheeler market – the 300-400cc class. Joining the bigger KTM 390 Duke will also be some interesting new models in the same segment from other manufacturers, namely Yamaha, Honda and Kawasaki. Stay logged in on www.zigwheels.com for more information on upcoming motorcycle launches.