Want To Meet K-Pop Band BLACKPINK? Kia Motors Offers You A Chance With This Contest 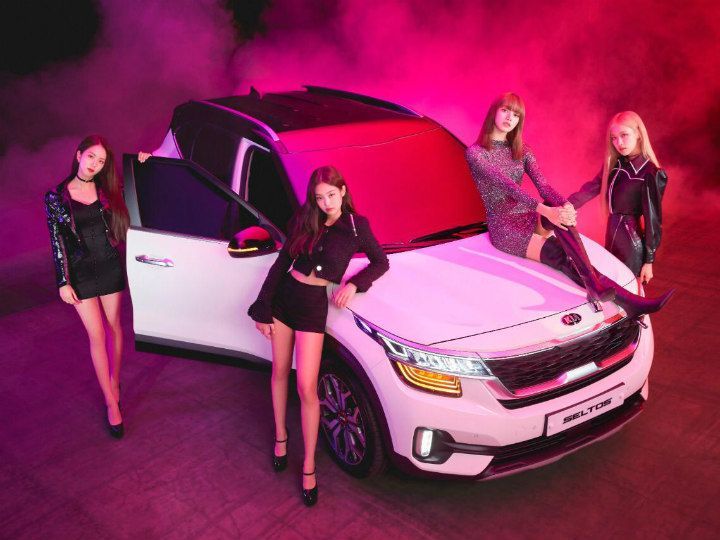 Good news for K-Pop aficionados in the country as Kia Motors has announced the ‘Lucky Drive To Seoul’ contest. In this contest, Kia will select 10 lucky winners who will get an all expenses paid trip to Seoul, South Korea to witness the K-Pop cultural event with one companion each. And that’s not all, the winners will also get to meet BLACKPINK, K-Pop’s most popular girl band and YouTube’s most subscribed girl band.

In this contest, applicants are required to submit a video entry that showcases their love for K-Pop culture via a dance video,  lip sync or even a K-Pop song. Submission of the videos can be done on Kia’s Facebook or Instagram handles by tagging Kia Motors India and using the hashtags #KiaLDTS and #KiaSeltos. After this, the entries will be shortlisted and judged by Kia Motors India officials with the winners being announced on November 10 2019. Entries for the contest begin from October 25 and close on November 6.

BLACKPINK and Kia Motors have a global partnership with Kia being the title sponsor for their 2019 World Tour. Aside from this, Kia organises experiential activities that includes send-off events at concerts at seven cities in Asia. In this partnership, Kia has also created a dedicated Instagram account - @kia_onbeat which notifies customers and global K-Pop fans with latest updates in the Korean music industry. This initiative from Kia Motors has further increased the opportunity for Indian K-Pop fans to have an up close experience of the K-Pop culture. Kia's intial foray into the Indian market is in the form of the Seltos SUV that has reportedly had 471 units exported to international markets, possibly to South America.

Kia Motors, the world’s 8th largest automaker today announced its ‘Lucky Drive to Seoul’ contest in India. The Korean automaker will select 10 lucky winners and send them on a fully sponsored trip to Seoul, South Korea for the K-Pop cultural event with one companion each. The winners will get a once-in-a-lifetime opportunity to witness Korean culture, food, K-Pop and get the quintessential Kia brand experience and a special meeting with the BLACKPINK - YouTube’s most subscribed K-Pop girl group - band members.

Talking about the contest, Mr. Manohar Bhat, Vice President and Head – Sales & Marketing, Kia Motors India said, “We, Indians have emerged as one of the biggest admirers of K-Pop around the world of late, and with Kia’s ‘Lucky Drive to Seoul’ contest, we want to bring them closer to the authentic K-Pop culture. This will be a highly competitive contest and I would like to call out all the K-Pop fans to try their luck and showcase their love for K-Pop, BLACKPINK and Kia Motors. Through this initiative, we aim to offer a unique platform for the young and trendy audience to truly experience the K-Pop phenomena and bring them closer to the true Kia brand experience”

The applicants can start participation for Kia’s ‘Lucky Drive to Seoul’ from 25th October – 6 th November. As part of the contest entry process, applicants would need to complete 3 participation steps to be selected as one of the winners. Applicants would be required to submit a video entry - showcasing their love for the K-Pop culture it can be a dance video or a lip sync on a K-Pop song. Upon completion of this step, the candidates will be asked to share the entry on Facebook or Instagram by tagging Kia Motors India using the #KiaLDTS & #KiaSeltos hashtags. The entries will be shortlisted and judged by Kia Motors India Officials followed by the announcement of winners on 10th of November 2019.

Kia Motors and K-Pop sensation BLACKPINK have a partnership globally, where Kia has served as the title sponsor for BLACKPINK’s 2019 World Tour, and also, organized experiential activities, including send-off event at concerts, including 7 cities in Asia. As part of the partnership, Kia also created a dedicated Instagram account - @kia_onbeat to notify the customers and global K-Pop fans about the latest developments in the Korean music industry. K-Pop is the fastest-growing music genre in the world and Kia Motors – one of the biggest automakers from Korea, has identified this opportunity to connect with the young music fans and introduce the true Korean culture to them. In line with the global partnership, Kia Motors India has brought this opportunity for Indian fans to experience the K-Pop culture like never before.

Since its arrival in India, Kia Motors has consistently offered an immersive brand experience to the customers to create a unique identity in the Indian market. The brand has been able to connect with its customers through exciting campaigns, initiatives and especially with innovative sporting campaigns, where the brand reignited the passion for two of the most loved sports globally - tennis and football in India, by bringing two of its global assets, the FIFA Official Match ball carrier program (#KiaOMBC), Kia Australian Open International Ballkids Program (#KiaChampsatAO) and Partnership with Bengaluru Football Club (#KiaDrivesBFC), to engage with thousands of sports enthusiasts and potential buyers.