Kia Carnival India Launch Confirmed For First Half Of 2020 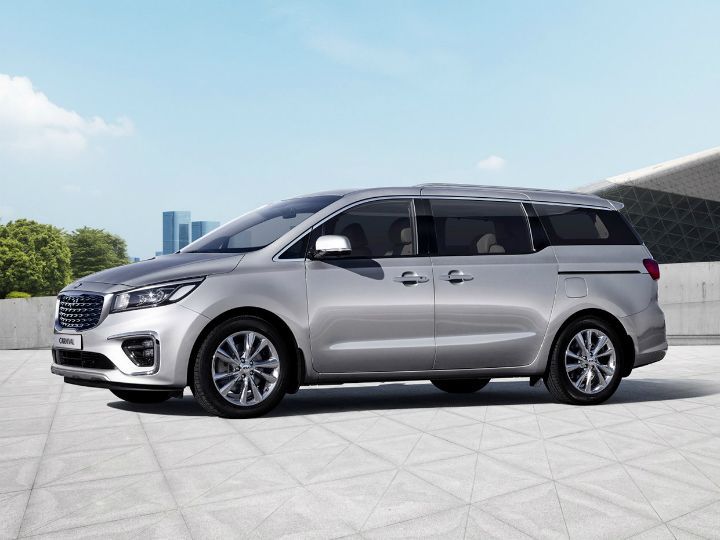 Kia seems to have a winner in its hand with the upcoming Seltos SUV. Slated for launch on August 22, Kia is looking forward to a good start in the Indian market. And while the car maker had already hinted that it will bring an even more premium product next, we now know what’s in store. Kia’s next offering in India will be the all-out MPV, called the Carnival. The MPV will be launched here in the first half of 2020 and Kia is pitching it as a premium alternative to the Innova Crysta.

As of now, there is no MPV thats sits one segment above the Toyota Innova Crysta in the Indian market. Kia is eyeing this void and planning to pitch the Carnival in the same space. The Korean brand is aiming to price the Carnival aggressively by focusing on localisation with around 60 per cent of the parts sourced locally. What’s more is that Kia has already set up a low-volume assembly line at its Anantapur plant in Andhra Pradesh for manufacturing premium models like the Carnival.

Clearly, there is no comparison with the Innova as the Carnival is longer, wider and comes with a much longer wheelbase too. The only parameter where the Carnival lags behind is the overall height. The Kia Carnival is bigger than the Innova Crysta for a reason and you get oodles of extra cabin space.

Moving on to the powertrain options, it is likely to come with a BS6-compliant 2.2-litre CRDi VGT diesel engine that is good for 202PS and 440Nm of torque. This engine is expected to come mated to a 6-speed manual or an 8-speed automatic gearbox. Considering it will be a premium offering, expect it to come with an 8-inch touchscreen with Apple CarPlay and Android Auto, 7-inch instrument cluster, reverse camera with parking sensors, three-zone climate control, lane departure warning, 360 degree camera and more. The most prominent and standout feature of them all will be the powered sliding doors which help with ingress and egress for the last row of seats.

When launched by the first half of 2020, expect it to be priced in the Rs 22-30 lakh bracket. Looking for a more detailed insight on the Kia Carnival? Stay tuned to ZigWheels for further updates.