The Jeep Compass Facelift Will Debut Sooner Than You Think 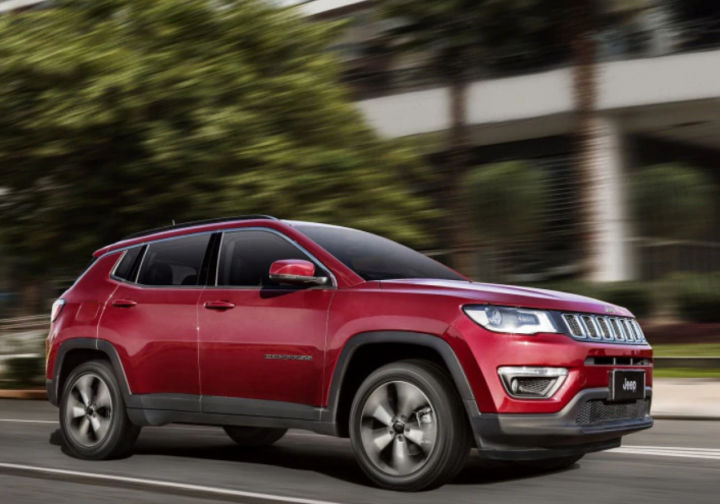 Jeep India is set to kickstart its expansion plans in India with the launch of the Compass facelift. Although well received, the Compass has fallen off the chart and Jeeps aims to put the SUV back on track with a facelifted model. Set to make its global debut on June 4, the Compass facelift is expected to arrive in India by the first half of 2021. Here’s what we know about the SUV so far.

A recent leak suggests the Compass facelift could get changes such as a revised front-end with sleeker LED headlights. The image also reveals a grille that has moved up a bit. Moreover, one can also see subtle changes to the lower bumper and the fog lamp housing. At the rear, you can see redesigned taillamps and a new bumper design. The side profile remains identical to the outgoing version. However, we can expect new alloy wheels to complete the list of cosmetic updates.

As reported earlier, the Compass will gain a bigger 12.3-inch touchscreen infotainment system as well as a slightly revamped dashboard to layout. It could even feature Jeep’s UConnect 5 operating system that makes use of an eSIM for connected car tech. This means the new Compass will be offered with remote services such as remote start and cabin pre-cool using an application on your smartphone.

The midsize SUV could also get some premium features such as ventilated seats, a digital instrument cluster, a head-up display, a premium sound system and some driver assistance features.The existing 170PS 2.0-litre diesel engine mated to the 6-speed manual or the 9-speed automatic gearbox will most likely be carried forward. The petrol option is also expected to be the same 162PS 1.4-litre Multi-Air petrol engine that powers the current SUV.

The facelifted Jeep Compass is expected to go on sale in India by the first half of 2021. Soon after that, Jeep is expected to roll out a 7-seater SUV based on the Compass. At present, the Jeep Compass is priced from Rs 16.49 lakh and Rs 24.99 lakh (ex-showroom Delhi). Expect the additional features to drive up the prices of the midsize SUV by a significant margin. Key rivals include the Tata Harrier, Skoda Karoq, VW T-Roc, MG Hector and the Hyundai Tucson.