R Ramakrishnan talks to Zigwheels on the fast evolving truck racing series, inclusion of Indian truck racing drivers and a multi-OEM format in the future 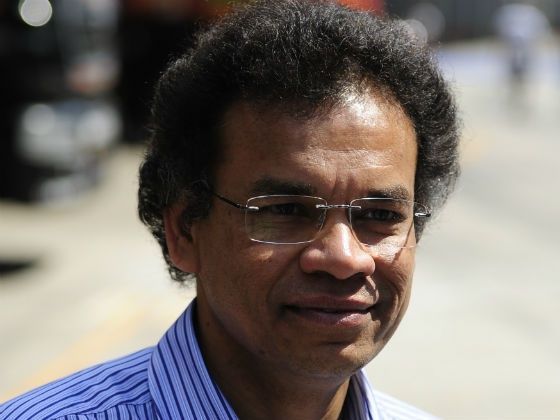 You have completed the second season of the Tata T1 Prima truck racing championship but it’s still a single race event. Do you plan to expand it into more legs spread over a season?

The Vision is to have several races in several parts of the country which can lead to the national championship. The vision is also to include many more OEMs into the fray. We will take it one step at a time. Last year, we were ourselves not sure how it will pan out and how it will be received but now we’ve received very good response from various quarters, be it transporters, or drivers or the vendors who have partnered in the event plus the public at large. We’ve received a lot of enthusiastic questions about the next season and about including Indian drivers in the race.

… That would help Indian audiences to connect with the championship?

Yes we wanted Indian drivers to participate from this year itself but when we understood in detail about what it takes to get into a race and compete in it, we realized that probably it will be a little premature. So we have put in place a programme by which we can attract people, shortlist and screen them, put them through rigorous training, both on a simulator and on a race track and finally get some of the participants to enter in races on the international arena so that they are fully ready for Indian races.

When do you see that happening?

We are trying to make it for the next season. What is important to us is the safety of the driver and overall safety of the event so we will proceed with abundant caution. If everything works well, next year; if not then the year after that.

Can you elaborate more on the Indian truck racing driver development programme?

We will be defining certain selection criteria and we will be inviting applicants from different quarters like dealers, transporters and social media. Based on our selection criteria, we will shortlist 240 applicants. We will put these 240 selected applicants through more rigorous screening and then we will cut the shortlist to the top 60 participants. These 60 will receive classroom, simulator and race truck training. From here we will get a final 16. We will then put them through international races.

Will the international drivers be replaced by this Indian lineup?

You mentioned about making it a multi-OEM event in the future. Can you elaborate on that?

We will be looking at involving other OEMs also in subsequent rounds. I can say about the year this will happen but surely, we want to take truck racing to the next level in the years to come.

Now on a broader scale, for Tata Motors, you’ve seen some benefits of the championship clearly to continue it in the second year. What are the changes since last year specifically in driver involvement and recruitment of new truck drivers?

Our main intention was to glorify the trucking profession which today is taking a back seat as far as trucking is concerned even though they manage the economy of the country. What truck drivers have seen in the first season is that it brings a kind of romanticism to the profession so they are watching this season with a lot of interest. This time we have had a lot more truckers and their families to participate in this event.

… And on the Suppliers front?

What is today and what is likely to come tomorrow is a hugely different thing. Through the race format, we have been able to demonstrate that we can make trucks which are capable of hurtling down a race track at 110kmph for 15 laps and complete the race with absolutely no problem with the truck. It hugely changes the perception of technology, the perception of reliability and durability of the truck. A lot of suppliers are interested now in ensuring that their components are part of this truck. So from an industry and technology perspective, the racing series has helped to get closer to that objective. Internally also, for our dealerships and employees, it has been a tremendous morale booster.