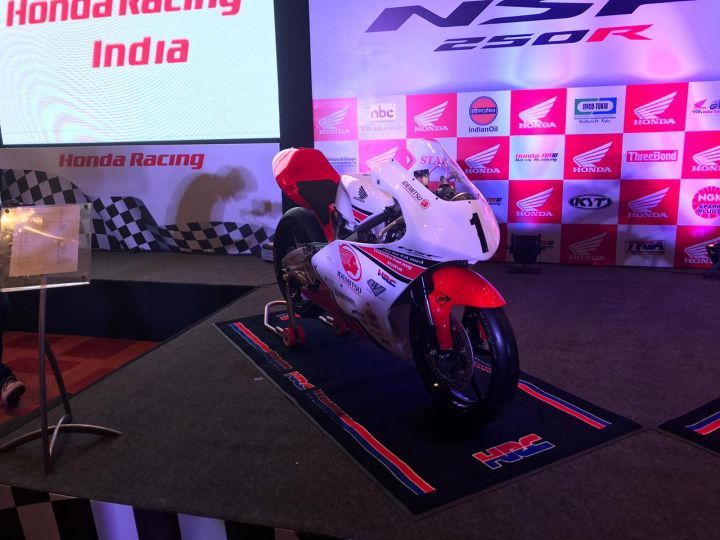 As part of its 2019 race calendar, Honda has introduced the NSF250R Cup in India which will use Honda’s NSF250R Moto3 bike. And that has us all excited. Here are 5 reasons why this race bike has us hot under the collar.

1. It has pedigree:
This is one serious machine. It was developed in 2011 by Honda Racing Corporation, better known as HRC. It has won Honda many races in the Moto3 class and even the constructors title in 2015. Moto3 riders Álex Márquez and Danny Kent won the riders championship in 2014 and 2015 on the Honda NSF250R.

2. It is quite compact:
Next to the Honda pro-stock 165cc machines, the NSF250R looks tiny. The compact dimensions make sense, given its riders in Moto 3 are quite young. In comparison to a stock Honda CBR250R whose dimensions stand at 2,030x720x1127mm, the NSF250R measures just 1,809x560x1037mm. The NSF250R also has a low 729mm seat height. The compact dimensions have been made possible thanks to the all-new single-cylinder motor that has its cylinder banked at 15-degrees towards the rear.

Also read: New Honda Launch On June 12: What Could It Be?

4: It’s loaded with kit:
For one, you have a pressed frame made by a special 7000 series aluminium alloy which is known for its strength. It also gets clip-on handlebars and rearsets, both of which can be adjusted according to the rider. For added stability, the bike also gets a steering damper. Then you have fully adjustable upside-down forks and a fully adjustable pro link rear monoshock. Braking is via a 296mm front disc brake with radially-mounted Nissin calipers and a 186mm rear disc. No ABS, because it’s a race bike. It rides on 17-inch alloys wrapped in 90-section front and 120-section rear Dunlop slicks. Features include a pit-lane speed limiter and ride mode switch.

5. It is not road legal:
Unfortunately, HRC has made the bike with only racing in mind and as a result, there is no road-going version of the NSF250R. Honda will be bringing in a few of these bikes to India to be a part of the NSF250R cup where it plans to give young riders a taste of international-spec race bikes and prepare them better for international events. We have been hounding Honda for a ride on the bike and will be getting you a complete review soon. Stay tuned.