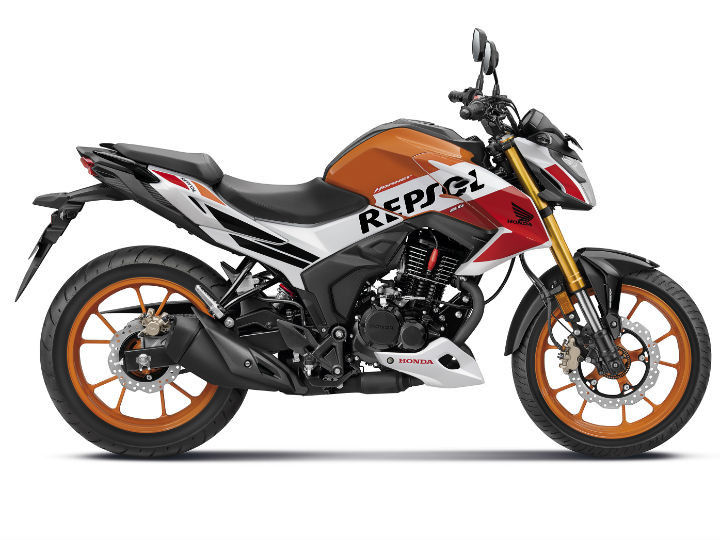 The timing of the Repsol Edition though couldn’t have been more wrong as 2020 has been among the most dismal seasons in MotoGP in the brand’s history. With Marc Marquez being ruled out due to injury, the onus has fallen on his rookie brother. Currently, Honda is in fifth place in the constructors’ championship with 133 points, while Yamaha leads the charge with 238. But it seems Honda sees the bright side and thinks fans don’t follow the premier class.

Moving on, as expected, you get a Repsol Honda livery inspired by its MotoGP machine and it does look good on the Honda Hornet 2.0 with the orange wheels. We only have a profile shot of the Honda Dio Repsol Edition and it doesn’t look as appealing as the Hornet. We will have to see the scooter in the flesh to assert our opinion. You can read more about the Honda Hornet 2.0 here.

As for pricing, the Honda Hornet 2.0 Repsol Edition retails for Rs 1,28,351 (all ex-showroom Gurugram), a premium of just Rs 2,000. The Honda Dio Repsol Edition carries a price tag of Rs 69,757, an increment of Rs 2,500 over the DLX variant, which we aren’t sure how Honda would justify. If you were wondering why we haven’t ridden both the bike and scooter yet, despite them being launched many months back, well, Honda hasn’t been able to explain the reason for the non-availability of media units to us. You can read more about the Honda Dio here.