Patent images of an electric concept version have been leaked online 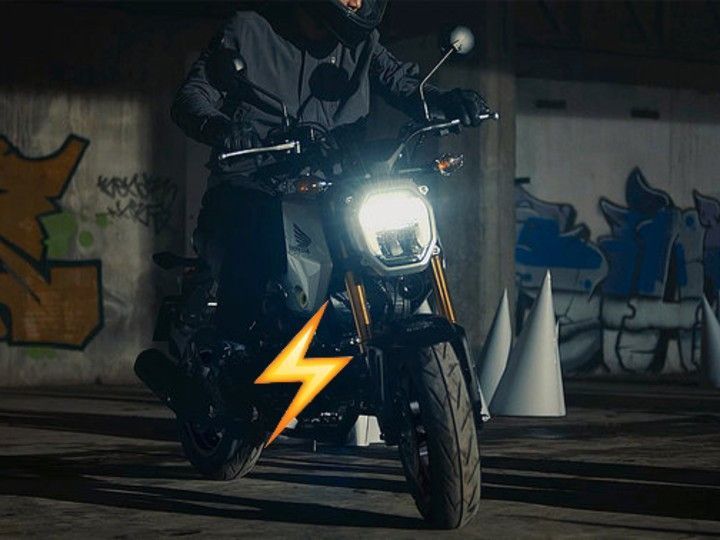 Looks like Honda is brewing something electrifying in its backyard. Electric motorcycles are fast gaining popularity and it looks like Honda could kick things off with a small electric bike based on the Grom, as the patent images of a concept bike have been leaked online. This should make it easy for newbies to get into motorcycling as a bike like the Grom would be light. It would also be mostly used within the city limits, thus an electric bike’s limited range would also not be much of a problem.

The concept motorcycle appears to use a monocoque frame linked to a double-wishbone suspension, whereas the rear wheel is linked to a swingarm with monoshock. The front suspension setup is similar to the one in the Honda Goldwing, but expect the production version to feature an inverted front fork and a double sided swingarm to keep costs in check.

The electric motor is located near the swingarm pivot and the battery pack is nestled under the fuel tank. Instead of storing fuel, the ‘tank’ is used to keep kick-knacks. A real-world range of around 100km should be sufficient for a motorcycle of its class. We reckon it’d use the same Honda Mobile Power Pack that the Honda PCX Electric uses. Expect the production version to offer performance equivalent to that of a 125cc petrol-powered motorcycle.

Apart from the TFT instrument cluster, the bike also gets dual screens instead of rear view mirrors - connected to a rear camera. That’s a little too sophisticated a feature for a small bike, if you ask us. But hey, it’s still a concept bike at the end of the day, so sky’s the limit. Another interesting feature is the seat. It is made out of a flexible mesh made out of plastic. We’re not really sure about how it will enhance the rider’s comfort at this point. Hope Honda gives us a clearer explanation of the seat construction when it showcases the concept.

The motorcycle is likely to be unveiled by the end of this year and we expect the production version to come out a year after that. All in all, this seems to be a step in the right direction for Honda to jump into the electric motorcycle segment. And if Honda indeed uses the Power Pack, it will also help lower down times considerably as the battery can simply be swapped when one runs out of juice. It will also help Honda save costs in battery technology as the Power Pack is modular and can be used for Honda’s other electric two-wheelers as well.