Called the TR93 edition, it is aimed to lure in the younger audience 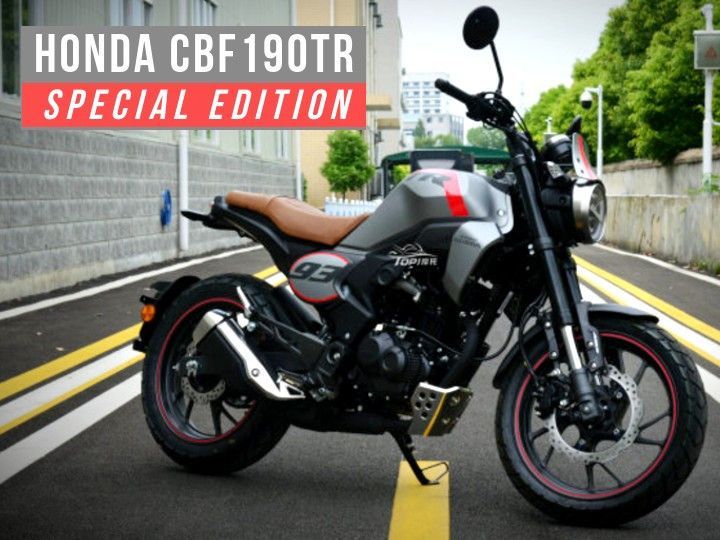 The competition in the 200cc naked motorcycle segment has heated up quite a lot lately, with most manufacturers stepping into it. And in an attempt to give itself the edge, Honda has launched a special edition of the CBF190TR in China. It is called the TR93 edition (Marc Marquez, is that you?), and it aims to lure in the youth who want a modern bike with a retro appeal.

The major highlight of the TR93 edition is its standout red and grey shade. Most components are wrapped in grey, but the subtle red inserts on the alloys, visor, tank, and side panel enhance the TR93’s sporty appeal.

Additionally, the Japanese giant has also thrown in a short windscreen above the LED headlamp, mainly for a retro touch rather than practicality.

Topping all this off is the brown tuck-and-roll seat and the 93 numbering on the circular side panel, inspired by none other than Marc Marquez.

All of this, coupled with features like all-LED illumination, a round negative LCD instrument cluster, a USB charging port and single-channel ABS, makes the CBF all the more appealing.

The CBF190TR is powered by a 184.4cc single-cylinder engine putting out 17PS and 16.3Nm. It is sprung on a USD fork and monoshock while single disc brakes anchor it.

Honda China has priced the CBF190TR special edition at Rs 2.02 lakh (converted from Yuan), making it a pretty sweet deal even if it came to India at this price. But since Honda’s pretty content with its scooter-generated revenue in India, we might not ever see this on our shores. Luckily, Honda offers the Hornet 2.0 here, a more affordable, sportier, and equally powerful naked.