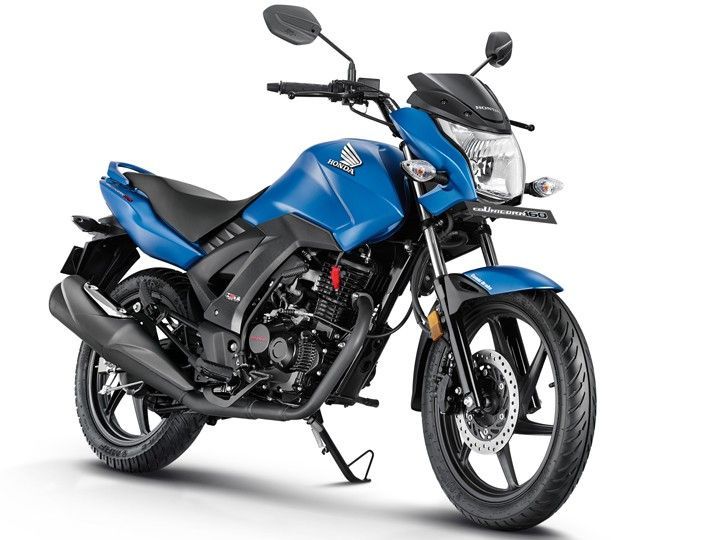 Honda Motorcycle & Scooter India (HMSI) has launched the BS IV version of the popular CB Unicorn 160 in our two-wheeler market. The Honda CB Unicorn 160 BS IV has been priced at Rs 73,552 for the standard variant while the CBS variant carries a sticker price of Rs 76,005 (both prices are ex-showroom, Delhi). The BS IV versions of the Honda Unicorn 160 carry a premium of Rs 750 over the standard variant. Apart from making the Unicorn 160 adhere to the upcoming emission norms, it also features AHO (Automatic Headlights On), similar to the new Hero Achiever 150.

Speaking about the launch, S. Guleria, Senior Vice-President, Sales and Marketing, Honda Motorcycle and Scooter India, said,  “The 150-160 cc segment is one of the most dynamic and competitive segment. The CB Unicorn 160 with its sleek design, impeccable looks and great fuel efficiency has been a successful Urban Commuter from Honda’s stable. The all-new 2017 CB Unicorn 160 comes with the goodness of Honda Eco Technology and advanced BS-IV complaint engine offering 'Refreshed Style' with new graphics & longer visor”.

The 2017 Honda CB Unicorn 160 also gets a longer visor and is offered in a new shade of Matte Marvel Blue to distinguish itself from the standard bike. The existing Imperial Red Metallic and Pearl Igneous Black colours are now offered with graphics as standard. The Honda Unicorn 160 now becomes the second bike from the Japanese bikemaker in the 150cc space to be BS IV emission norm compliant, after the Honda CB Hornet 160 that was launched in late 2014. Power output has fallen marginally to adhere to the new emission norms. The Unicorn 160 BS IV delivers 13.9PS of maximum power and 13.9Nm of peak torque (14.6PS and 14.6Nm for the standard bike). The Honda Unicorn 160 BS IV competes against the new Hero Achiever 150, Yamaha SZ-RR and the Bajaj V15.