The updated Himalayan could get a price hike of around Rs 9,000 over the BS4 model 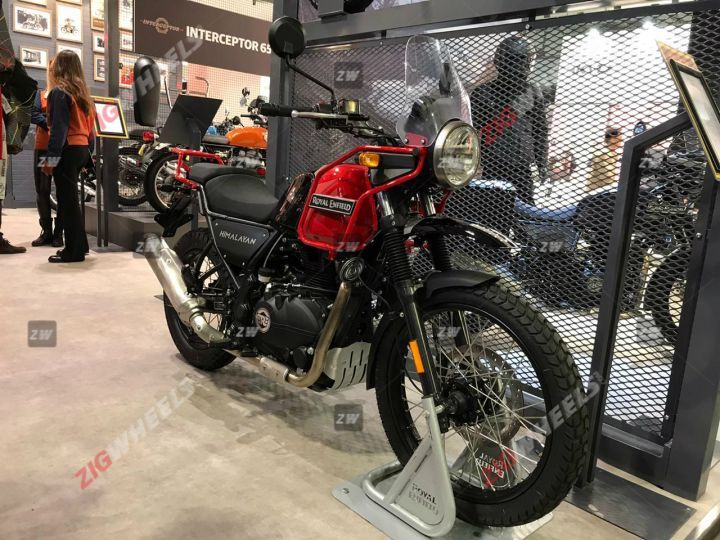 According to our sources, unofficial bookings for the BS6-compliant Himalayan have begun across select dealerships in India for a token amount of Rs 10,000. Dealer sources have also revealed that the BS6 Himalayan will be available in three new paint options: Rock Red, Gravel Grey and Lake Blue. Yes, these are the same colour schemes that Royal Enfield had showcased at the 2019 EICMA. As per our sources, RE could launch the updated Himalayan by the end of this month and it is likely to carry a premium of around Rs 9,000 over the current model, which retails for Rs 1.80 lakh (ex-showroom).

Interestingly, Royal Enfield shared a small video on its social media channels showing a montage of the Himalayan with the tag line ‘Built For All Roads, Built For No Roads.’ Coincidence? We don’t think so.

Just a few weeks back, a test mule was spotted. At first, it looked very similar to the BS4 model. However, after taking a closer look, we found out that the front spoke wheels were smaller and were wrapped with MRF Meteor dual-purpose tyre, instead of Ceat Gripp XL seen on the BS4 model. What else did we find out from the spy shots? Well, a lot of interesting details.

Expect the updated fuel-injected motor to have a slightly different power and torque output. In the current BS4 model, this 411cc motor makes 24.5PS at 6500rpm and 32Nm at 4250rpm. We believe the upcoming BS6 Himalayan could have the same suspension and braking hardware as the older model.

When launched, the updated Himalayan will go up against the upcoming KTM 390 Adventure. Of course, the KTM 390 ADV will be more expensive than the Himalayan as there are many goodies on board. So, how do these motorcycles fare against each other? Click here to find out.