The X3 may be the bigger and more recent BMW model in India, but is it really worth it? Let's find out 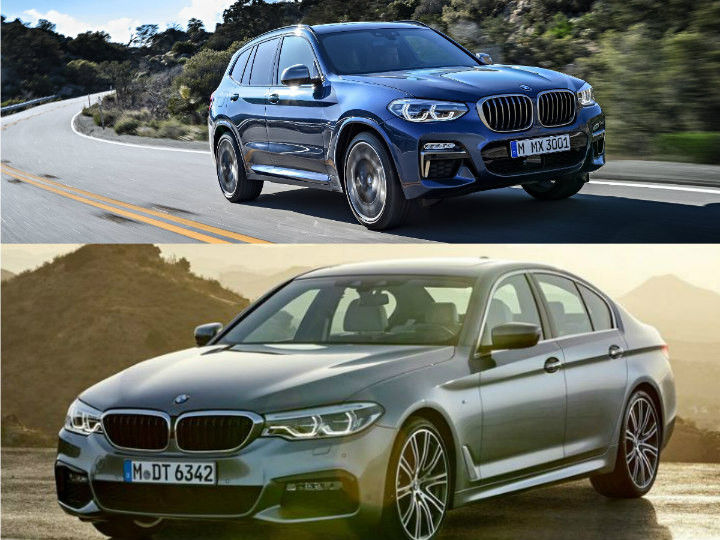 Usually, when it comes to comparing a sedan and an SUV, buyers that prefer more luxuries and a strong presence veer towards the SUV, especially if its launched almost a year after the sedan. That’s exactly the case with the BMW X3 SUV launched in April 2018 and the BMW 5 Series sedan launched in June 2017.

Both models have certain things in common including 2.0-litre petrol and diesel engines. But the base X3 is offered at a premium of Rs 5.10 lakh (ex-showroom) over the base 5 Series. That begs the question, does the X3 SUV justify that extra premium and is it really an upgrade over the smaller yet fairly capable 5 Series sedan? Here’s how the two compare:

Strengths And Compromises For Both

Surprisingly, the 5 Series sedan wins when it comes to overall length and wheelbase and by a considerable margin. It, however, loses out to the X3 in width and height. The 5 Series sedan also gains the advantage in boot space with a capacity of 520 litres. That’s 35 litres more than the X3 SUV. That said, the X3 being taller has better headroom inside which is a boon for taller folks.

Both models come with 2.0-litre petrol and diesel engines with identical power figures as well as an 8-speed Steptronic automatic gearbox. But the 5 Series also gets the option of a more powerful 530d diesel engine. The X3, on the other hand, gets the advantage of an all-wheel drivetrain compared to rear-wheel drive on the 5 Series. Here’s more about it:

While the two models share the same engines, they’re not necessarily equal. With the 5 Series being lighter, it is slightly quicker off the line, boasts a higher top speed, and is claimed to have better fuel efficiency. Even the more powerful 530d variant boasts a higher fuel economy compared to the X3.

Heading inside, there’s no noticeable difference between the SUV and the sedan aside from the AC vent positioning and different steering wheel. The two get common features such as a 12.3-inch digital instrument cluster, a 10.25-inch touchscreen infotainment system with Apple CarPlay, ambient lighting, wireless charging, automatic climate control, and a 16-speaker Harman Kardon Surround Sound system.

The 5 Series edges ahead with features such as gesture control, four-zone climate control, head-up display, more drive modes for the diesel engine, as well as a 360-degree camera and fully autonomous parking. In comparison, the  X3 gets tri-zone climate control, rear camera and semi-auto parking. But it only gets an electric sunroof, instead of the panoramic layout in the X3. The X3 also gains hill descent control and roof rails.

In the end, the X3 does the job if you’re more inclined to a BMW model that is taller and wider with a strong presence and adequate creature comforts. If you’re looking for more luxuries and a more powerful diesel engine, the 5 Series is the one to pick. In fact, even if you pick the lesser powerful 520d Luxury Line variant, you still get most of the features and more at the same price as the diesel-powered X3.