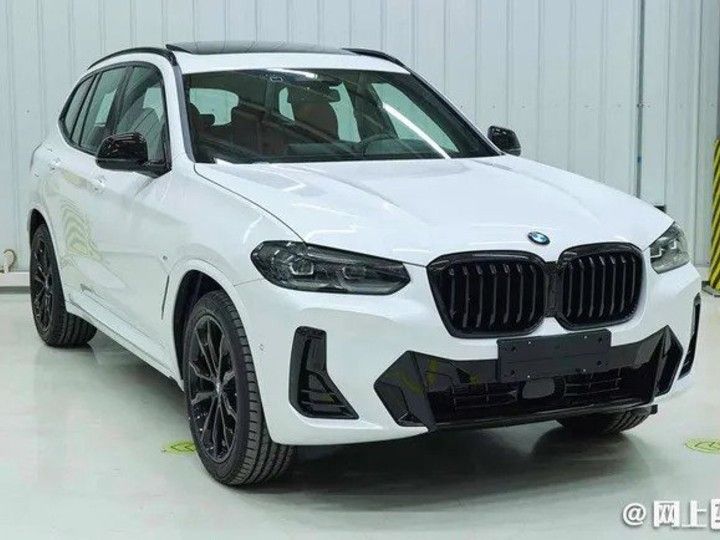 Barely 10 days after the first leaked snap, more images of the facelifted BMW X3 have surfaced online, indicating that a debut could be close at hand. This time around, there’s more clarity on what could be new with this mid-life refresh.

Thankfully, it seems that the kidney grille hasn’t gotten any larger. Instead, the two meet in the middle, which is in line with what the modern-day BMWs look like. The headlights seem to be slightly more angular, having a blacked-out tint. BMW has been a little conservative with the front bumper design, but it still looks sporty. Head towards the rear, and you see the reworked tailights complemented by the same blacked-out tint as the headlights.

The cabin is still under the wraps, but we guess there would be a few revisions, including an updated infotainment system and new upholstery. Features likely to be retained include Apple CarPlay connectivity, wireless charging, ambient lighting, a 12.3-inch digital instrument cluster, and a 16-speaker Harman Kardon Surround Sound system.

Things probably won’t be changing under the hood. The SUV will likely continue with the petrol, diesel, and plug-in hybrid powertrain options. In India, the pre-facelift model is provided with two engine options: xDrive30i 252PS/350Nm 2.0-litre petrol and the xDrive20d 190PS/400Nm 2.0-litre diesel. Transmission duties (for both engines) are taken care of by an 8-speed Steptronic automatic gearbox.

Expect the updated BMW X3 to arrive in India by the end of this year or early next year at a slight premium over the pre-facelift model, which is priced from Rs 57.50 lakh to Rs 63.70 lakh (ex-showroom). The X3 SUV goes up against the Mercedes-Benz GLC, Volvo XC60, and the upcoming facelifted Audi Q5.