Eight months after its global debut, the all-new 5 Series is now in India 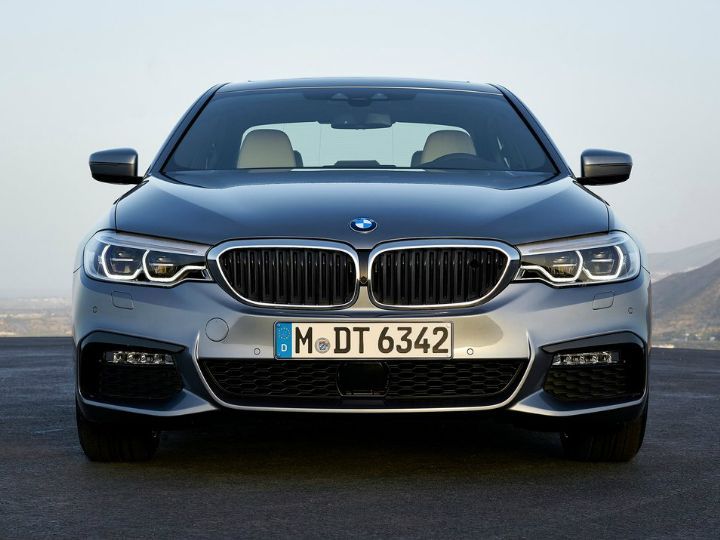 BMW has launched the latest version of one its most popular luxury sedans. It promises to be better at everything; be it in terms of luxury, design or (most importantly) sportiness. The new BMW 5 Series has to be, considering how much the competition has grown, especially its arch-rival the Mercedes-Benz E-Class (which is only available in its LWB form here).

The BMW 5 Series has been launched in five variants:

All prices are ex-showroom. The first deliveries will begin post the rollout of GST in July 2017.

Look at it and it seems bigger, the similarity in design to the flagship 7 Series makes that illusion even stronger. The new BMW is actually bigger - 36mm longer, 6mm wider, 2mm taller and has a 7mm longer wheelbase - okay, not THAT much bigger. But the new design language adopted by BMW certainly makes it feel so.

Recommended Read: 5 Things To Know about the new BMW 5 Series

Highlights include the all-LED headlamps (with high-beam assist) that merge almost seamlessly with the new 9-slat kidney grille with 'active air flaps' (for improved aerodynamic efficiency without sacrificing cooling) at the front. An ice hockey stick face sits just behind the front wheel (unlike the full ice hockey stick on the 7 Series) when looked at from the side. 18-inch alloy wheels, with different designs depending on the 'Line'/variant, are offered as standard. At the rear, wide taillamps with 3D effect LED elements and dual exhaust pipes complete the highlights.

Inside, the 5 Series gets more luxurious and more high tech. The increased exterior dimensions have certainly made the cabin more spacious - especially for the rear seat passengers - while also improving the luggage compartment, which now holds 530 litres. All doors can hold 1-litre bottles, the cup holders are deeper, and the storage compartments are bigger than before, claims BMW.

Recommended Read: M Performance packs for the 5 Series should spice things up!

Electrically adjustable front seats are now standard fitment in the 5 Series. The rear seats are wide enough to seat three adults or the centre seat back can be folded forward to make a generously wide centre armrest. Four-zone climate control is offered on 520d Luxury Line and 530d M Sport variants only to make the huge cabin feel cosy; a two-zone system is offered as standard worldwide.

While the design of the dashboard may seem familiar, it is actually totally new. The highlight here is the all-digital 12.3-inch instrument cluster; the traditional analogue dials have been replaced by a high-definition screen with variable displays. Also new is the freestanding 10.25-inch colour display. A total of six interior upholstery options are on offer for the new 5 Series, with exclusive colours combinations depending on the variant chosen.

Recommended Read: The 5 Series borrows a lot from big brother 7 Series, read more about the 7 here!

The multifunction centre display can be controlled either via an improved BMW-signature iDrive rotary knob+buttons setup on the lower centre console or via hand gestures. Yes, the gimmicky functionality from the 7-Series has made its way to the 5-Series too.

The BMW 520d Luxury Line and 530d M Sport are fitted with 16-speaker, 600W, Harman Kardon system. Meanwhile, the 520d Sport Line and 530I Sport Line make do with a 12-speaker, 205W unbranded surround sound system. BMW has added extra sound-deadening material in the headliner to make the cabin extra quiet, whether it be so you can talk to your fellow passengers or listen to the beautiful music pouring out of the high-fidelity speakers.

Surprisingly, it is the 530d M Sport variant which gets the most luxurious front seats (with adjustable bolstering, memory function for both the seats, comfort headrests and lumbar support adjust), heads-up display and a rear seat entertainment system (which consists of two 10.2-inch screen placed on the back of the front seats, with a multitude of connectivity options).

Recommended Read: The king of the segment in this segment, for now, is the Mercedes-Benz E-Class LWB. Know more here.

At launch, BMW is offering three drivetrain options in the new 5-Series. Only one petrol motor is on offer initially: the 530i is powered by a 2.0-litre, 4-cylinder turbocharged unit developing 252PS/350Nm. This propels the car from 0-100kmph in 6.2 seconds. With fuel-saving systems like automatic start/stop, active air kidney grille, brake energy regeneration and an intelligent cruise control system with auto-braking, the 530i has a claimed fuel efficiency of 15.56kmpl.

All the motors are paired to an 8-speed ZF automatic transmission, with power sent to the rear wheels.

The sportiest variant of the 5 Series range, for now, is the 530d M Sport. The turbocharged in-line 6-cylinder diesel motor is powerful, but also frugal. The 530d gets launch control, Sport transmission, M Sport aero kit (which includes the front bumper, side skirts, rear bumper with diffuser), and a fatter set of rear tyres (275/40 R18) for improved dynamics. The new performance-focused M5 is yet to make its international debut but will get 4.4-litre, turbocharged V8 petrol motor and AWD (*Gasp*). It will debut internationally in 2018 and should make its way to India soon after.

Recommended Read: An AWD BMW M sedan/coupe? BLASPHEMY! (or is it?)