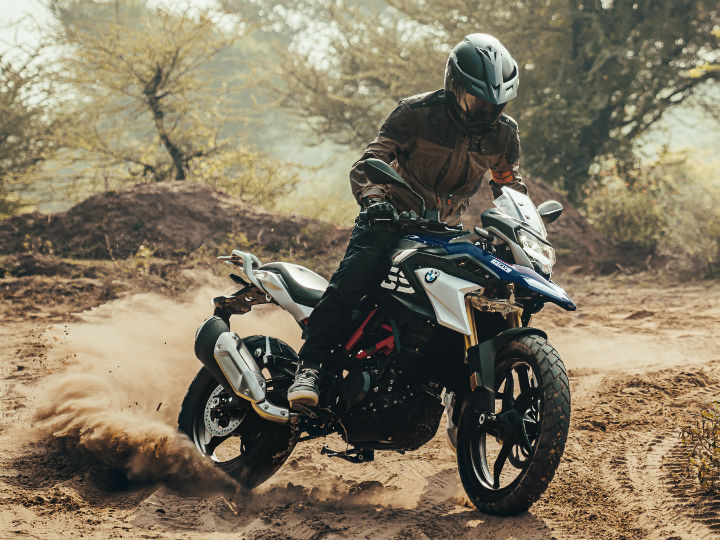 BMW Motorrad has unveiled the BMW G 310 GS BS6, and the baby terrain tamer is all set to be launched in India along with the BMW G 310 R BS6 on October 8. From the global unveil, it is evident that BMW Motorrad has made quite a few nifty additions to the motorcycle to make it a more alluring proposition than before. Now before you ask, no, it is still a road-biased ADV with alloy wheels.

Despite adhering to stringent Euro 5/ BS6 emission norms, BMW Motorrad has managed to keep both the power and torque figures intact. It produces the same 34PS at 9500rpm and 28Nm at 7500rpm as before. In addition, the 6-speed transmission has been enhanced with assist and slipper function, which BMW calls “self-boosting anti-hopping clutch”. It also gets ride-by-wire for a crispier throttle response. We wouldn’t be surprised if BMW enhanced it further in the next generation with multiple riding modes, a la the TVS Apache RR 310 BS6.

Other notable additions include an all-LED lighting system and a four-stage adjustable brake and clutch levers. While we were expecting the instrument cluster to have smartphone connectivity, it sadly has been missed. The bike still uses the same LCD console as before. It also gets cosmetic updates in the form of new colour schemes: Plain Polar White, ‘40 Years GS’ Edition with yellow highlights, and a Rallye Style colour variant with red highlights on the bodywork as well as on the frame.

Underpinnings like the 41mm inverted front fork, preload-adjustable rear monoshock, 300mm front and 240mm rear disc with dual-channel ABS have remained unchanged. BMW Motorrad is likely to cut the pricing by around Rs 30,000 for the BS6-compliant version. For perspective’s sake, the BS4-compliant model was priced at Rs 3.49 lakh (ex-showroom India). If you’re keen to buy one, you can reserve one right away as the bookings officially opened back in August itself. When launched, it goes directly against the Royal Enfield Himalayan, which is a more affordable off-road-friendly adventure tourer.