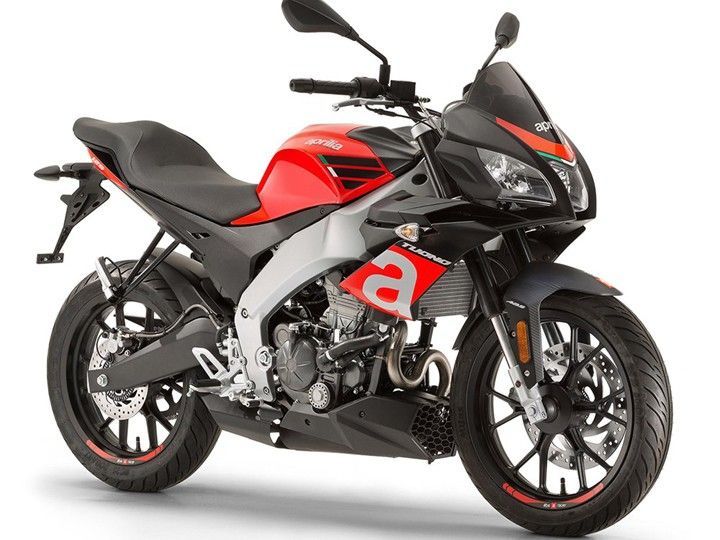 Aprilia as a brand has always been renowned for their range of performance motorcycles and the Italian brand is also active in the world of MotoGP. In its long list of motorcycles, there is a special bike which is the RS4 125 sportsbike which can be labelled as the performance machines for beginners and has been particularly popular in Europe. Now the Italian bikemaker has revealed the naked version of the same in the form of the new Aprilia Tuono 125. No prices for guessing the design inspiration for the new motorcycle as the styling has been based on Aprilia’s flagship streetbike – the Tuono V4 1100. The aggressive twin headlamps and the sculpted fuel tank give the new Tuono 125 an aggressive stance. In fact, such is the styling that one will be able to pass it off as a higher displacement if it wasn’t for the single pipe exiting from the engine.

Powering the new Aprilia Tuono 125 is the same single-cylinder motor as seen on the RS4 125. The four-stroke, 124cc mill generates 15PS at 10,500rpm and 11Nm of peak torque at 8,250rpm. The engine also gets fuel-injection, liquid cooling and is Euro 4 compliant. The bike sports aluminium frame and the new Tuono 125 also gets Aprilia's Quick Shift system – same as seen on the Tuono V4 1100. Braking is done by disc brake on both the ends while ABS is standard. The new bike can be connected to your mobile phone to display information on its screen. The multifunction display can be controlled by handlebar-mounted controls and includes a lap timer with memory for up to 20 laps. Suspension duties are handled by USD forks at front and a monoshock unit at the rear. The Aprilia Tuono 125 has to be among the most beautiful and desirable low displacement motorcycle but given its high cost it wouldn’t be coming to the Indian market anytime soon.