2019 Aprilia Tuono Unveiled Ahead Of Intermot 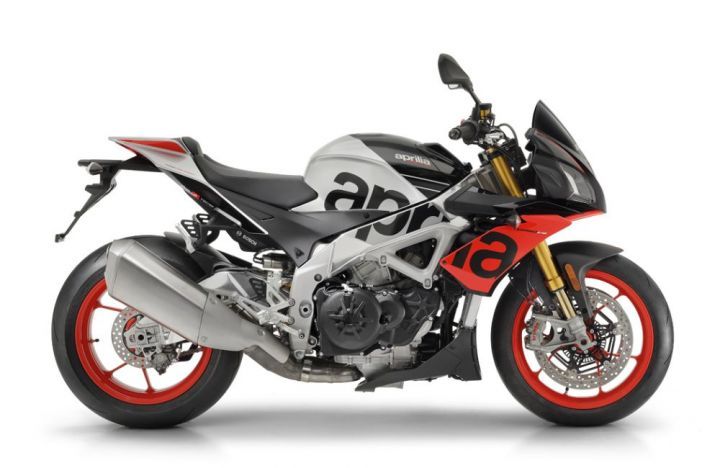 With the 2018 Intermot exhibition around the corner, Aprilia has revealed more information about its 2019 range of Tuono street nakeds. The Italian manufacturer has announced that the standard and RR versions of the 2019 Aprilia Tuono V4 1100 will remain unchanged in terms of powertrain, cosmetics or electronic goodies. Thankfully, the top-spec Tuono V4 1100 Factory will get a feature the company hopes will be able to distinguish it from its lesser siblings - an Ohlins semi-active suspension setup!

Aprilia says the new system is capable of acting on both the front and rear suspension via differed modes - semi-active or manual.

In the semi-active mode, the Smart EC 2.0 system constantly collects data from the suspension, brakes, throttle and the IMU to automatically adjust the suspension setting to suit both the tarmac and the rider's riding style. Meanwhile, in the manual mode, the automatic adjustment is switched off, allowing the suspension to work in a conventional way. Here you can alter the setup by choosing between three riding modes - track, sport and road.

Along with the suspension setup, the Smart EC 2.0 system also controls the Ohlins steering damper, helping it calibrate itself to match the shock and fork settings. All this can be accessed by the rider on the new 4.3-inch TFT dashboard.

Coming back to the suspension, the fork travel is now increased from last year's 117mm to 125mm, while the Ohlins TTX rear monoshock is now lighter. Other than the aforementioned changes, the motorcycle remains unchanged. Aprilia will be showcasing the 2019 Tuono along with the updated RSV4, which is rumoured to get some extensive updates, at the 2018 Intermot. We’ll be bringing you all the latest news from the Intermot exhibition, which is set to kick-off on October 3. Until then, Stay tuned.