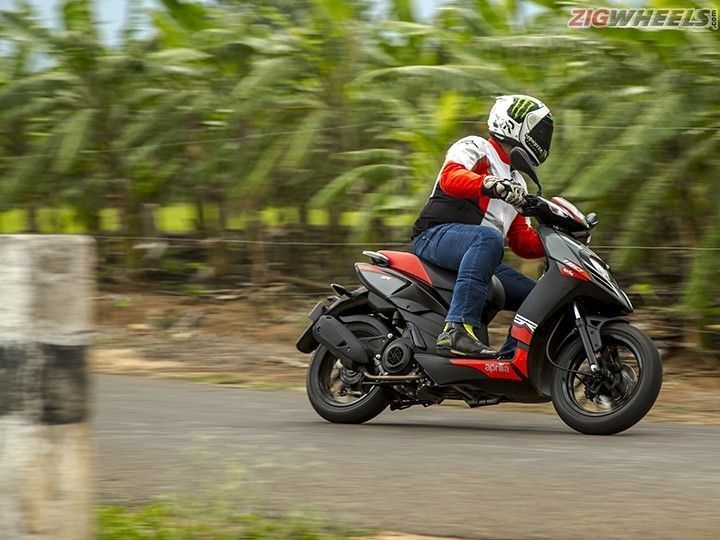 Piaggio made a bold move recently by entering the oh-so competitive scooter market with the launch of the Aprilia SR 150. There was a lot of hullabaloo about the SR 150 right from the time it was first showcased at the 2016 Auto Expo. Putting all misgivings to rest, Aprilia recently allowed us a quick spin of the new scooter and we returned mightily impressed. (Read: Aprilia SR 150: Review). Seems like the Italian marquee isn’t resting just yet. A source close to the company revealed that Aprilia will add two more variants to the SR 150 in 2017. Expect both these variants to be priced marginally higher than the current SR 150.

While details about these new variants are still sketchy, we have been told that they are expected to produce more power than the current variant. However, the underpinnings are expected to remain the same. Aside from the hike in the power, these new variants will also come with anti-lock brakes (ABS) to adhere to the new regulations that will be imposed in 2017. The new SR 150 variants will also come with Auto Headlamp On (AHO) feature.

Meanwhile, Aprilia has kicked off production and rolled off the first SR 150 from its Baramati plant. Currently, 90 per cent of the scooter is being produced locally and Aprilia intends to increase the localisation of the scooter up to 95 per cent. Aprilia also plans on exporting the India-made SR 150.