New liveries, further diversity pushes from F1, new driver/rider lineups and more round off this week in motorsport 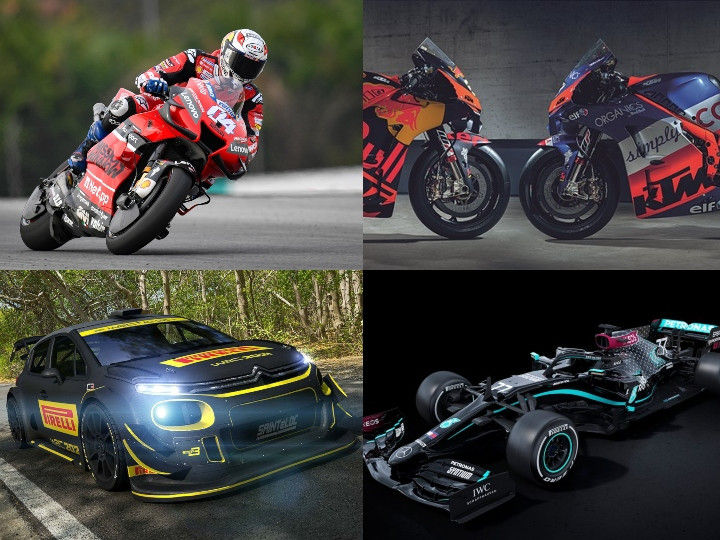 With the season opening Austrian Grand Prix just around the corner, the F1 paddock has seen lots of action on and off-track. In a continued push by F1 teams to encourage diversity, defending champions Mercedes AMG F1 announced their support of this cause by switching over to a new black livery instead of the traditional silver arrows livery for the 2020 season. Both Hamilton and Bottas will race in black overalls with their race helmet design also being adjusted accordingly. Mercedes has also announced a new diversity and inclusion program it plans to implement by the end of 2020 as they’ve revealed that only three per cent of its workforce identify as belonging to a minority ethnic group.

Speaking on the fight for diversity, ex-F1 boss Bernie Eccelestone created controversy due to his comments on  racism, which caused Lewis Hamilton to criticise Ecclestone via social media. F1 had earlier issued a statement to distance themselves from Ecclestone’s comments. They also emphasized that Ecclestone’s tenure as F1's chairman emeritus had ended in 2020 and that he was no longer a part of the organisation.

McLaren has agreed to a 150 million pound loan with the National Bank of Bahrain to help with the hit the team has incurred due to the coronavirus pandemic. In terms of on-track action, Ferrari, Red Bull and Alpha Tauri did some private running with the Maranello squad testing at Mugello, Red Bull at Silverstone and Alpha Tauri at Imola.

In the world of MotoGP, more rider changes have surfaced for the 2021 season. Danilo Petrucci has been signed up to the KTM Tech 3 team to partner alongside Iker Lecuona. With this announcement, Miguel Oliveira will move up to the works KTM team alongside Brad Binder. Heading over to Petrucci’s soon to be ex-team Ducati, Andrea Dovisiozo broke his collarbone in an accident at the Emilia Romagna regional motocross championship in Faenza, Italy. While this is a setback especially with contract talks still ongoing, he’s already undergone surgery and it won’t affect his participation at the season opener in Jerez on July 19.

With Pirelli set to return as a tyre supplier to the FIA World Rally Championship from 2021 onwards, it has been revealed that Andreas Mikkelsen will begin Pirelli’s tyre testing program. It is set to commence in Sardinia by mid-July in with the Citroën C3 World Rally Car being used as the testing car.  Testing would include both dirt and sealed-surface roads to accumulate as much information as possible in all conditions.

Pascal Wehrlein announced a shock exit from the Mahindra Racing squad via social media shortly after the final Race At Home Challenge esports competition. And now, Mahindra Racing has revealed that Alex Lynn will be replacing Wehrlein for the final six races of the 2019-20 season alongside Jerome D'Ambrosio.  Alex Lynn already has Formula E experience under his belt making his debut with DS Virgin the 2016-17 season and then switching to Jaguar for the 2018-19 season.

In the world of Indian motorsport Aashi Hanspal has been shortlisted for the FIA Girls On Track- Rising Stars shootout. With the guidance of 8-time national car racing champion Rayomand Banajee in Rayo Racing, the 13-year old racer from Mumbai finished on the podium five times in her maiden karting season in 2019 and was awarded the Outstanding Women in Motorsports Award by FMSCI for her achievements. She will join 19 other racers in the age group of 12-16, amongst a total of 70 entries from five continents and participate in a Shoot Out’ at the Paul Ricard Circuit in France on October 12 and 13.

Through this shootout, the top 12 racers will then have a karting training camp at the same circuit from October 14-15 where the top 8 will progress towards an F4 training camp in the same circuit from November 3-4.  The top 4 racers will then head to the Ferrari Driver Academy Training Camp from November 9-13 running an F4 car to determine the winner. The victor will get the potential opportunity to become Scuderia Ferrari’s first ever female racer winning a partnership agreement with the Ferrari Driver Academy, including participation in an FIA Formula 4 racing season.