With no rivals in the scooter segment, it is truly in a league of its own 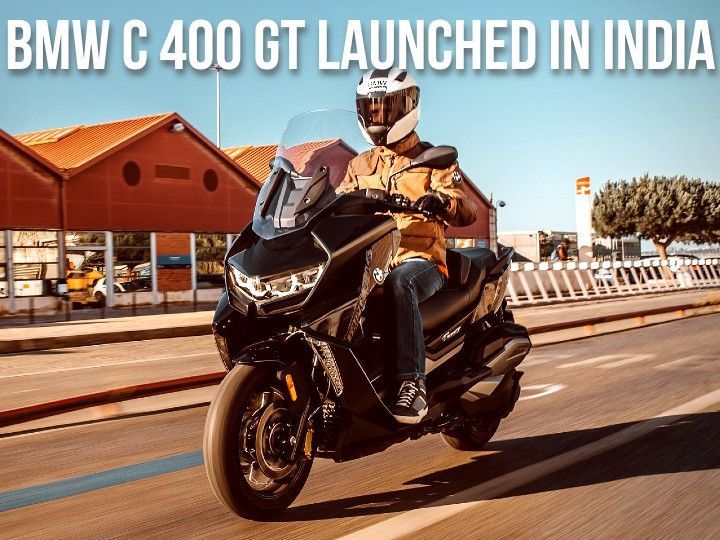 After bringing in a vast variety of motorcycles here, BMW Motorrad has now launched the C 400 GT in India. Not only is this BMW’s first scooter here, but the C 400 GT is also currently India’s most powerful scooter.

Admittedly, the C 400 GT has no rivals in India. The only other thorough maxi-scooter on sale in India is the Yamaha Aerox 155, which is half the displacement, half the size and less than quarter the price of the Bavarian brute. While the C 400 GT will remain a unique item to have in one’s garage, one can get much more powerful big bikes like the 2021 Ducati Monster, Triumph Street Triple RS or even the Kawasaki Ninja 1000 SX for the same moolah.

What All Do You Get?

The BMW C 400 GT might be pricey, but it comes packed with quality components. Starting with the design, the fascia of the scooter comprises an all-LED inverted headlamp with sleek, apron-mounted LED indicators, complemented by a tall, adjustable visor. The overall design is brought together by a broad tail section featuring an LED taillight reminiscent of BMW’s big naked, the K 1300 R.

Comfort runs high on the C 400 GT.  You get a huge stepped seat where the pillion seat offers lumbar support for the rider and broad footboards to set your feet. At 775mm, the seat is quite accessible too.

Under the seat, there’s a long, illuminated storage space, while the C 400 GT also gets a front USB-equipped cubby storage to juice up your phones.

Coming to features, the BMW C 400 GT gets a TFT instrument cluster, a first for any ICE scooter in India. Along with all essential information, the TFT packs BMW’s connectivity features and turn-by-turn navigation. Keyless ignition, ride by wire, dual-channel ABS, and automatic stability control also come standard on the C 400 GT.

The BMW C 400 GT is powered by a 350cc, single-cylinder motor putting out 34PS and 35Nm in its BS6 avatar, making it even more powerful than the TVS Apache RR 310. The Bavarian bikemaker claims the scooter can reach a top speed of 139kmph.

The whole package weighs a massive 214kg (almost double of what scooters usually weigh in India) while it is sprung on a 35mm telescopic fork and dual shock absorbers. To help cut speed, you get twin 265mm discs up front along with a 265mm disc at the rear.

The BMW C 400 GT has a lot of potential, evident from its features and performance. But we think bringing it as a CBU unit has played spoilt sport for it. Had BMW brought it via the CKD route and priced it around Rs 6-7 lakh, the C 400 GT would’ve still made a little sense.