From petrol-powered commuters and scooters to electric bikes, this month is looking pretty exciting 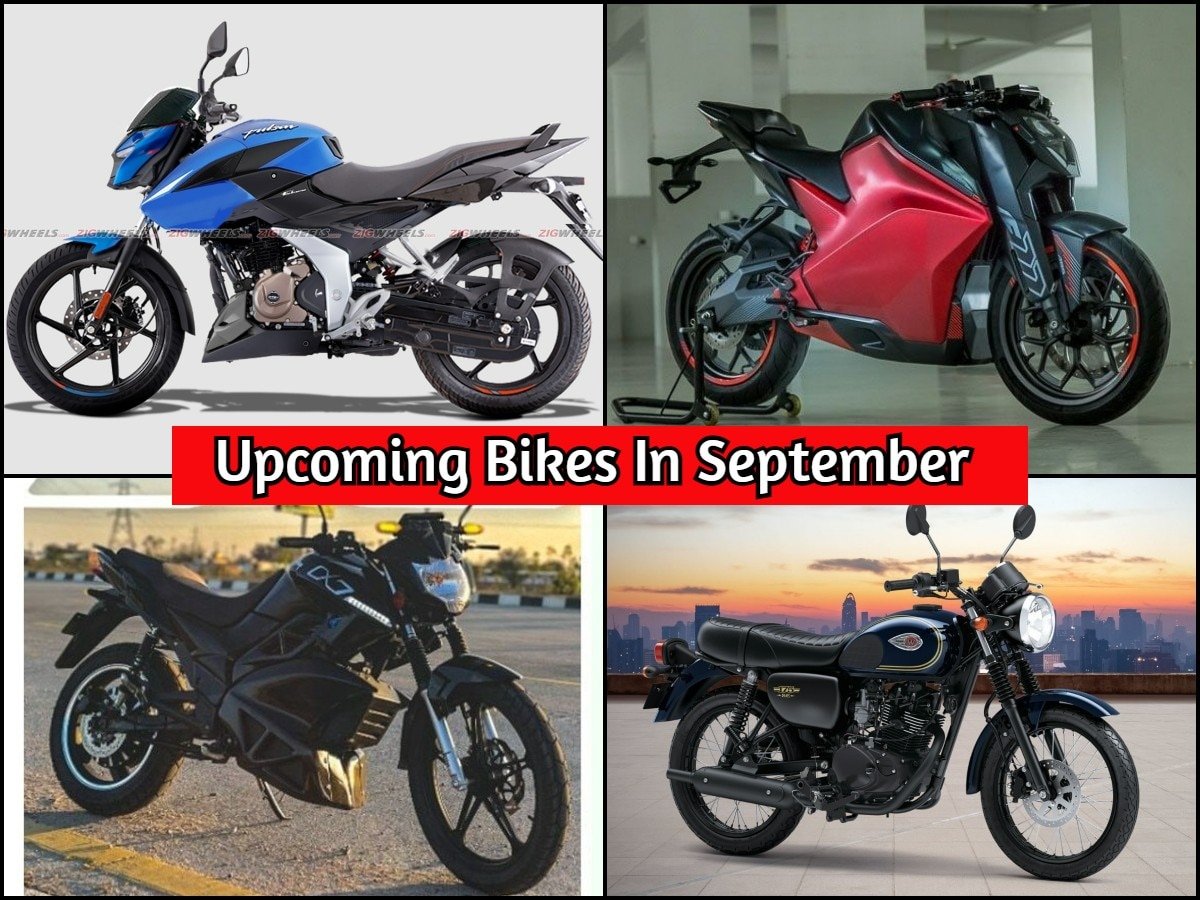 The industry, in August 2022, kept us on our toes with several new product launches and the month of September is looking pretty special as well, what with six launches awaiting to take place. Here’s a quick look at what’s in store for this month:

Bajaj has been rigorously testing the Pulsar N150 and we believe the bike will be launched this month. We also know it will be available in two variants as the one with a rear drum brake and single-channel ABS was spotted recently. While the engine could be based on the Bajaj Pulsar N160, it will be downsized.

That said, the N150 could make around the same power and torque as the current generation model and be as fuel-efficient. The mechanicals will also be similar to the Pulsar N160 but of a slightly lower spec. Here’s everything you need to know about the upcoming Pulsar.

The TVS NTorq 125 has been by far the most performance-packed scooter in the 125cc segment. But now, Hero has TVS in the crosshairs as it is also set to field a new 125cc scooter that was spied on recently. Going by the spy shots, its design is as sporty as the NTorq with several elements inspired by the Xtreme 160R and the XPulse 200.

Expect it to share the same powertrain with the Maestro Edge 125, so the performance figures are also likely to be similar. You can read more about the upcoming scooter in our analysis here.

The Indian EV segment has a few commuter-oriented electric bikes, but nothing genuinely sporty. Bengaluru-based Ultraviolette intends to change this with the new F77. The pre-production version was unveiled in 2019, but the boys at Ultraviolette have done a lot of work to improve the motorcycle and make it a lot more polished.

With performance comparable to a 250cc bike, it will by far be the sportiest electric motorcycle in India! It will also offer a 200km range along with both fast charging and swappable battery functionality. The company says test rides will be commencing in September and deliveries will start in October.

The Hero XPulse 200T has always been the less popular sibling of the XPulse 200, and Hero hopes to change that with the new 4V avatar that was spotted last month. It looks more or less similar to the current model but with a few visual tweaks.

This includes a small retro-looking flyscreen and gaitered forks. But more importantly, the bike could get the same four-valve engine as its off-road sibling. Though the underpinnings might remain the same, we really hope Hero tunes the suspension well as the current model is set up on the firmer side.

Another product “Hopping” onto the electric bandwagon is the Hop Oxo, slated to be launched this week. With a claimed top speed of 100kmph and a range of 150km, it seems to have the Tork Kratos in its crosshairs. Here’s everything you need to know about the upcoming electric bike.

Kawasaki sent us a ‘block your date’ invite for September 25, and we’ve been told it’ll be unlike any other product sold so far in India. Now, we’ve already seen the Kawasaki W175 being tested in August last year. So it is only logical that Kawasaki could launch the baby retro bike this month.

Since we haven’t been able to get any confirmation on whether it will indeed be the W175, another possibility could be the launch of the Z400. That makes sense because Kawasaki already offers the Ninja 400 here, so the Z400 will be a perfect bike to take on the KTM 390 Duke.

Apart from these launches, deliveries of the Simple One electric scooter will also commence this month.