Which is the better TVS family scooter? 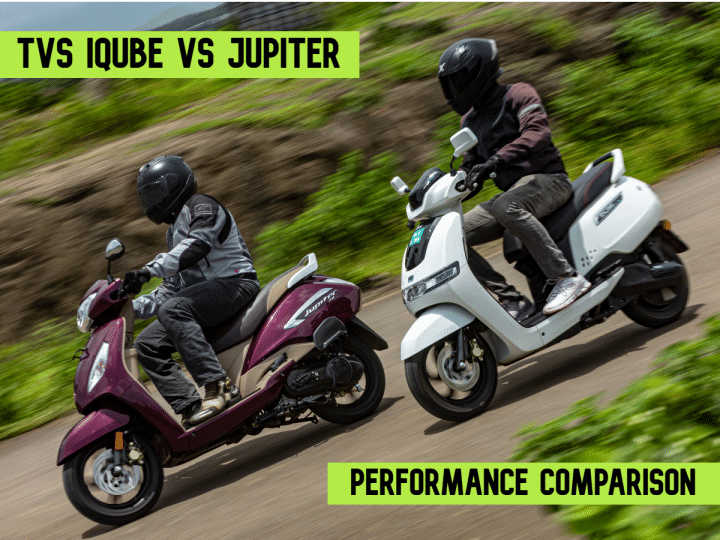 The TVS Jupiter 110 is not just another scooter in the market, but is one of the best-selling TVS products currently in the Indian market. TVS is the only manufacturer to offer both ICE and electric scooters at the moment, and hence, we check out how the iQube Electric stacks up against the petrol-powered Jupiter in terms of performance. Mind you, we had the 2021 version of the iQube tested.

The TVS Jupiter is powered by a 109.7cc, fuel-injected engine, producing 7.47PS and 8.4Nm. However, at 109kg, it is one of the heaviest 110cc scooters. The iQube Electric on the other hand, draws power from a 4.4kW electric hub motor. The iQube weighs in at 118kg, which is 9kg more than the Jupiter. However, it still beats the Jupiter, mainly because of the instant torque offered by its electric motor, which helps propel it from nought to 60kmph faster.

Both scooters do a great job of being daily commuters on traffic-prone Indian roads. However, the iQube’s torquey nature makes it slicker in the city, clearly evident from the roll-on acceleration timings, as the iQube is over half a second faster than the petrol-powered Jupiter which feel lively enough nonetheless.

Both scooters come equipped with disc brakes at the front and drum brakes at the rear. Yet, the iQube comes to a halt from 60kmph in less distance than the Jupiter, despite being heavier. Isn’t that defying Newton’s second law of motion? Well, the iQube’s shorter stopping distance can be attributed to the fact that it features regenerative braking, which works with the scooter’s brakes.

The iQube we tested delivered a range of 83km on a single charge after riding it in Eco mode, while the Jupiter gave us a mileage of 64kmpl in the city and 52kmpl on the highway. As the Jupiter comes with a 10-litre fuel tank, it can give you a range of 270-320km on a single tank. Having said that, a full charge costs barely Rs 15-20 while a full tank of petrol is significantly costlier.

The TVS iQube has definitely narrowed the gap between electrics and ICE scoots. All said and done though, nothing beats the convenience of filling up a fuel tank in a couple of minutes and just scooting off. 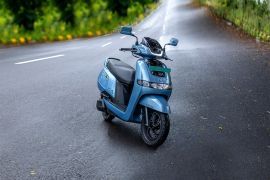