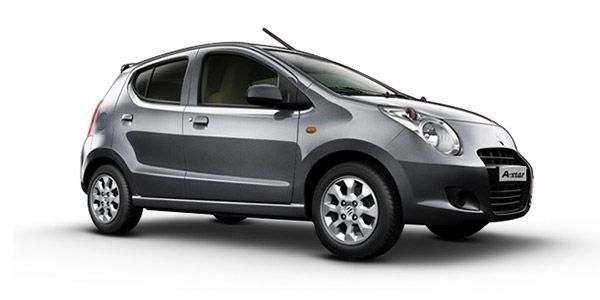 About Maruti A Star

The A-Star is in a league of its own. MSIL introduced it as a mini hot hatch and the A-Star does live up to being just that. Powered by a 1.0 liter K series petrol engine, the A-Star is peppy, fun to drive and handles rather well. It's a little cramped on the rear bench, but being a size smaller than its larger hatch siblings, this is understandable. The design is fresh and the bug eye headlights have won hearts. Designed for the young at heart, the A-Star is the ideal city car for its fast, nimble and easily fits into just about any parking spot.
Read More

All Used Maruti A Star Cars

Top Competitors of A Star

Must Read Questions & Answers Before Buying A Star

Both cars being trend setters in their own right, the Hyundai i10 in its new avatar is now much more than a great urban family car, while MSIL's A-Star continues to be one of the safest and smartest ones around

The Maruti Suzuki A-Star made its grand debut in 2008. Two years down the little sporty hatch has received an automatic gearbox. Vikram Gour checks if the little star still twinkles!