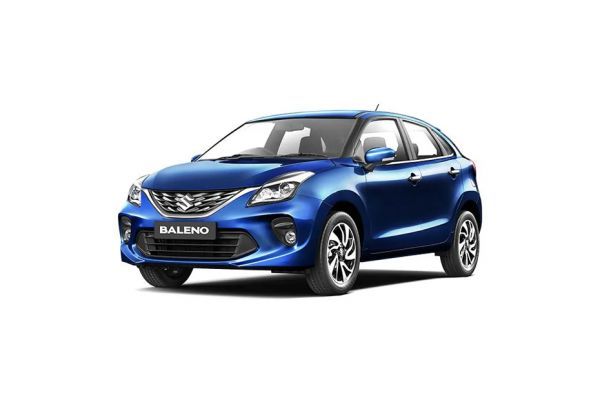 Maruti Suzuki has announced up to 4.7 per cent hike in the prices on across all variants of select models including the Baleno. The carmaker has cited increased input costs as the reason.

Bosch seems to be continuing its electric experiments, as evidenced by a Baleno prototype with similar Bosch branding with ‘e-drive’ and ‘Hybrid’ stickers that was spotted testing recently. It is still unclear whether the hybrid prototype is a joint collaboration between Maruti Suzuki and Bosch or another Bosch standalone experiment, but we can expect some updates later this year.

The prototype being tested here could be a proper hybrid iteration of the Baleno hatchback compared to the mild-hybrid variant in its production guise. It means that it can run independently on either power source and the ICE could also be used to power up the batteries without the need for an external power supply.

The hybrid prototype could give extra power to the 1.2-litre engine as well as improve fuel efficiency with its 48V hybrid motor. However, with Maruti Suzuki setting up a plant in Gujarat in collaboration with Toshiba and Denso and its partnership with Toyota in developing electric vehicles, it is highly unlikely that the Baleno hybrid will get a production model from Maruti Suzuki.

Baleno was Top Selling Premium Hatchback in October'19
Maruti Suzuki’s premium hatchback is now BSVI compliant, but only in the petrol variants. The Baleno is now available with two BSVI petrol engines, both 1.2-litre units. One is an updated version of the earlier K-Series VVT unit, the other is an all-new DualJet unit with Smart Hybrid technology. The Baleno DualJet has a claimed fuel efficiency of 23.87kmpl! The Fiat-sourced 1.3-litre DDiS diesel engine has not been made BSVI compliant though, it may be replaced by Maruti's new 1.5-litre diesel engine or discontinued altogether after Apil 2020. Apart from the new BSVI powertrains, the Baleno remains the same as before. The facelift it received back in January 2019 gave it a sportier look overall while retaining its strengths of a spacious cabin and loaded feature list.

The Baleno now gets two new BSVI compliant petrol engines, while the diesel engine remains unchanged. There’s a 1.2-litre BSVI petrol motor, a 1.2-litre 'DualJet' petrol motor paired to a 'Smart Hybrid' mild-hybrid system and a 1.3-litre diesel. The diesel engine makes 75PS of power and 190Nm of torque, and comes paired with a 5-speed manual gearbox. This engine is plagued by turbo lag, but once on the boil, it does deliver grins alongside efficiency. The 1.2-litre motor used to develop 83PS/115Nm and did not mind revved to its redline. It was smooth, refined and peppy, a combination that was hard to say no to. Over the 5-speed manual, there was an optional CVT too that bumps up the convenience quotient. Changes made to make the engine BSVI compliant may or may not have affected its characteristics, we will have to drive it and see. Maruti has added a new 1.2-litre DualJet Dual VVT petrol engine to the Baleno's lineup which is also BSVI compliant. Apart from being more fuel efficient and less polluting, the engine could be peppier than the standard 1.2 petrol motor - this is thanks to the torque-fill provided by the Smart Hybrid system. Performance numbers are awaited. This engine is only paired with the 5-speed manual variants. There’s a 1.0-litre turbocharged petrol engine under the bonnet of the RS variant. Sadly, it’s not as sporty as Maruti claims.

You get to choose between five Baleno variants - Sigma, Delta, Zeta, Alpha and RS. The base variant gets nothing more than the essentials such as manual air-conditioning and front power windows. It also misses out on a music system, which is why we recommend you skip this altogether. With the Delta, there’s a whole lot of added goodies, including LED projector headlamps, automatic climate control, reverse parking sensors, rear washer/wiper, and a 4-speaker audio system. Coming to the Zeta, this variant adds in some feel-good elements such as alloy wheels, a touchscreen infotainment system, push-button start/stop, automatic headlamps and an auto-dimming IRVM. With the Alpha, you additionally get a leather-wrapped steering wheel, UV cut glass, puddle lamps and a reverse parking camera. The feature list of the RS variant is identical to that of the Alpha.

The Baleno debuted as the iK-2 Concept way back in 2015 at the Geneva Motor Show. Maruti Suzuki has given the hatchback a subtle update now, which deviates ever so slightly from the concept. There’s a new bumper that appears sportier, courtesy a revised enclosure for the foglamp and sharper creases. The grille has grown in size, and the layered effect looks posh too. Over to the sides, you’ll notice a set of new machine-finished 16-inch alloy wheels. A minor update comes in the form of LED lighting that replaces bi-xenon setup in the projector headlamps. With the RS variant, you get a sportier body kit that hopes to show-off the Baleno’s sporty side.

Inside the cabin, the Baleno continues to feature a blue-black interior theme. The silver accents on the dashboard are now darker too. This, we feel, is a refreshing change from the beige-black setup most of its contemporaries use. It’s among the most spacious cabins in its class too, with rear seat kneeroom managing to eke past a few C-segment sedans as well. Yes, the small windows might make you feel hemmed in at times, but that’s not really a deal-breaker in our books. You also get 339 litres of boot space, which is ample for a modern nuclear family. But remember that the opening is high off the ground and narrow, so you’ll end up working the lower back while loading big or heavy luggage. In terms of features, Maruti Suzuki has changed the touchscreen on the top-spec Alpha variant. It’s still a 7-inch unit, but it’s the new ‘SmartPlay Studio’ unit we’ve seen in the new WagonR. Developed by Harman, this screen too supports Android Auto and Apple CarPlay. Other features include a 6-speaker music system, automatic climate control, puddle lamps, a coloured TFT screen for the MID, and automatic headlamps. As far as safety is concerned, you get dual airbags, ABS with EBD, and ISOFIX child seat mounts as standard. The 2019 Baleno also gets seatbelt reminder, a speed alert system, and reverse parking sensors as standard across variants.

Ford Figo : The Figo is an all-rounder that does a bit of everything. It’s spacious, well-equipped and, if you pick the diesel (especially in the S trim), it’s a hoot to drive as well. Did we mention it sips through a pinched straw all the time?

Hyundai Elite i20 : The one that has it all! The Elite i20 brings a sense of class and features to this segment like no other. Premium build, loads of kit on offer, looks that turn heads and space for five. What more do ya need, eh?

Volkswagen Polo : Volkswagen’s Polo may not have set the sales charts on fire, but it has its own little fanclub. Primary reasons being the rock-solid build quality inside-out, and the fun-to-drive engines in the GT variants. It might seem a bit dated to some, but we aren’t complaining just as yet!

Honda Jazz : With space that would shame a few apartments in Mumbai, the Honda Jazz is a sensible hatch for the practical lot. The engines are refined, equipment levels are on par with its peers and it’s backed up by Honda’s reputation for its reliability and after-sales support.

You can’t really go wrong with the Baleno. It’s loaded, spacious, efficient, less polluting and can be fun too! We wish for better build quality at certain places and a punchier tune for the diesel motor. Look past that and it’s a no-nonsense choice!