The Maruti Suzuki Baleno has taken some big steps for 2022. But is every step in the right direction? 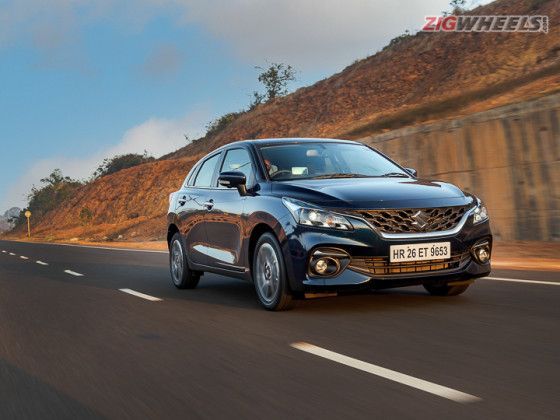 By the time you read this, there'll be little mystery to the new Maruti Suzuki Baleno. NEXA's premium hatch has been extremely popular since 2015, with one Baleno selling every three minutes since launch.

However, there's an essential question that the brochure won't necessarily answer. Does this feel like a brand new car, the way an "all-new" Baleno should?

That Safety Pack Though!

Yes, the new Baleno is available with six airbags in the top two (Zeta & Alpha) variants. In addition to dual airbags, ABS with EBD, brake assist and ISOFIX as standard, it also gets ESP with hill-hold in the top-spec manual and all the automatic transmission variants.

The Baleno has also gained some weight by about 55kg - not from stress-eating due to the pandemic or a potential WW III. However, Maruti hasn't said it's from structural enhancements either! While some of the new features do contribute to the gains, it's also down to changes with the body panels and interior.

So while the safety credentials have improved, whether that reflects with a better crash safety rating than before is anyone's guess for now.

Hang On, That's The Wrong Acronym

Nope, Maruti has, in fact, bid adieu to the CVT in favour of an automated manual transmission (AMT). Cutting straight to the chase, we like this transmission for the cost-centric technology it is. Maruti's done a great job with their AMT tuning so far, and the Baleno's no different.

It doesn't feel lazy or dimwitted, unlike many automated manuals, and it's intuitive as well. It's also a smooth marriage with the engine's capabilities, enabling the transmission to offer good usability in smooth-flowing traffic, taking the right decisions as to when it should downshift or maybe hang on to the same gear.

But you will feel the gear changes. In most drive scenarios, they'll be felt like a light sway, but in crawling traffic (1st to 2nd gear) or if you pin the throttle to gain speed quickly, the head nod is impossible to ignore.

Yes, it's an excellent AMT, but it is an AMT at the end of the day. And considering how smooth the Baleno's CVT was to drive, this is a step-down in the experience. Even the best broadband connection isn't fibre internet. It's fine as a beginner's automatic, but it won't enhance your experience if you already own a two-pedal car from a lower segment.

Yes and no. The DualJet petrol engine is a good example of how a low-displacement naturally aspirated engine can be both usable and fun. For regular drives, it's smooth, refined and peppy enough (90PS/113Nm), making overtakes easy. It's also an engine you can enjoy getting to the limit and keeping there, especially with a raspy four-cylinder engine note that'll make you giggle. Good thing the AMT's manual mode lets you keep the motor on the boil when you need to.

FYI: There is no mild-hybrid system anymore. The Baleno only features auto engine-start/stop

The fun aspect of the Baleno is with the powertrain, though, and not so much with the dynamics package. The steering is light to use, but it's rather slow, not particularly engaging, and there is evident body roll through corners.

To state the obvious, the enthusiast is not the primary target of a car like this. It's for family car buyers and daily commuters who need something easy to use and comfortable - a job the Baleno does with a 10/10 score.

Over damaged roads, the Baleno handles bumps and cracked roads excellently, where even some SUVs would have your eyeballs rattling. For 2022, Maruti has given the suspension a little more travel, so while its ride was always appreciable, as an existing Baleno owner testified, it's even better now.

Inside, the Baleno does feel new. There's an extensive redesign with the dashboard, not only with how it's styled but also with the build and fitment quality. The plastics have a smoother finish while feeling more robust and premium. There's a greater sense of solidity in the cabin, and with the new look, it also feels like the Baleno has more of a personality inside.

The space and practicality quotient remains the same, considering the car hasn't changed much in size. Even tall users will find the cabin roomy, and while the interior is still black, the sense of space isn't compromised. Oddly, while the boot space has gone down on paper (339->318 litres), the usable space is still the same, with the added benefit of 60:40 split-folding rear backrests. The boot can accommodate large suitcases, but the loading lip is high with a big drop from the boot lip to the boot floor.

There are some nice touches like vanity mirrors with lights for both front occupants, rear AC vents with two fast charging ports (USB + Type-C) and a front sliding armrest with storage. However, there's no rear armrest or cup holders for back seat occupants, no leatherette seats, and while the seat cushion is comfortable for city use, it's a little too soft and can make long trips less pleasant.

"So, is this a new generation or a facelift?" This question has popped into many minds, including ours. Well, much like the definitions of car body styles these days, the line here is blurred. You can certainly tell it's a Baleno. Not only have the dimensions remained nearly identical, the basic shape, platform and even most of the colour options are familiar.

To spot the first change will need a keen-eyed observer. We're talking about the body panels, which are all-new and feel a bit sturdier, i.e. they don't flex as easily as before. But they aren't VW Polo stiff either. The LED projector headlights and LED taillights are new as well, with new light signatures in both. The front grille and bumper have been redesigned, and the Baleno gets LED fog lights in the top-spec trim.

The side profile looks almost exactly the same, but now sports new 16-inch dual-tone alloy wheels in the Alpha trim and single-tone alloys of the same size in the Zeta.

So, coming back to that original question, does this Baleno feel like a brand new car? The kind of change you expect after a near-decade-long run?

Not exactly; this isn't the Elite i20 to the current i20 kind of change, and that may be a letdown for some. There are also some steps back, like the removal of the mild-hybrid and the switch from CVT to a brilliant but nonetheless AMT, especially when the competition seems to be going in the opposite direction.

However, this Baleno redeems itself by maintaining its bang-for-buck appeal, asking for more or less the same money as before but offering more features, a better ride, and importantly, a more premium build, especially on the inside, while retaining the usability, space and practicality that we always liked in the Baleno.

It may not be the revolution many expected, but it's largely the kind of evolution you'd appreciate. 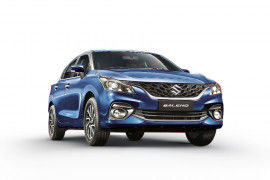 All Comparisons of Baleno