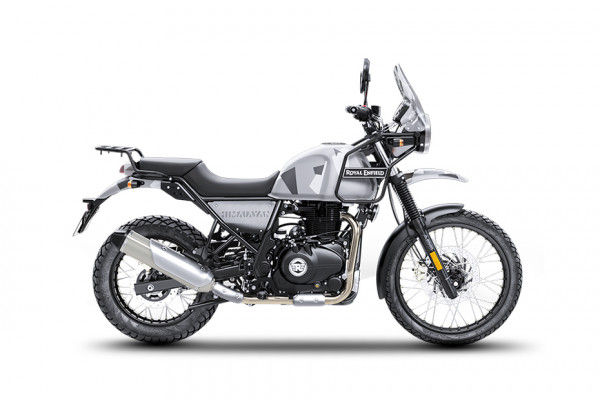 The prices of all the colour variants of the Royal Enfield Himalayan BS6 have been hiked. The premium is around Rs 2,700 and the bike now starts from Rs 1,89,565 for the base Snow White and Granite Black colour variants. Head here to know more details about the price hike, including the full price list.

When the Royal Enfield Himalayan BS6 was launched in January, it bore a premium of around Rs 6,000, over the BS4-compliant model. Prices for the new Himalayan BS6 begin from Rs 1,89,565 (ex-showroom Delhi). In addition to the three old colours (white, black and Sleet), Royal Enfield has also introduced three new ones: grey, blue and red. The sleet and grey colours are priced at Rs 1,92,318 and the other colours cost Rs 1,94,154. Aside from the new colours, Royal Enfield has introduced switchable ABS and hazard lights in the BS6-compliant version.

Royal Enfield has worked a lot on improving the refinement of the 411cc single-cylinder engine. The current BS6 power unit is certainly a lot smoother than the first one we sampled in 2016. The engine produces 24.31PS and 32Nm, 0.13PS lower than its BS4 guise. No changes to the five-speed gearbox though. The Himalayan BS6 remains a capable off-roader, suspended by long-travel suspension units at both ends. It is the only affordable adventure tourer in India to get a 21-/17-inch spoke wheel setup that comes shod with dual-purpose CEAT tyres. Braking hardware comprises a front 300mm disc with a twin-piston caliper and on the rear wheel, you get a 240mm disc with a single-piston caliper. Dual-channel ABS comes as standard with switchable ABS finally offered on the Himalayan.

We have always been impressed with the simple and functional design of the Royal Enfield Himalyan. The new colours make it look more delectable, heightening the appeal of the adventure motorcycle.

There aren’t many features to talk about the Himalayan BS6. The headlight is a simple bulb unit. The instrument cluster looks virtually the same as before, although there are a few more tell tale lights and an additional toggle switch on the console for the switchable ABS. Yes, part of the extra goodies offered with the BS6 transition is switchable ABS, boosting its adventure credentials.

In the affordable adventure touring genre, the Royal Enfield Himalayan BS6 locks horns with the KTM 390 Adventure, the BMW G 310 GS and the Kawasaki Versys-X 300. All three rivals are significantly pricier than the Enfield motorcycle. The Hero XPulse 200 is an even more affordable adventure motorcycle but lacks the touring capabilities of the Himalayan. Hero MotoCorp is working on a mid-displacement adventure bike that will rival the Enfield.