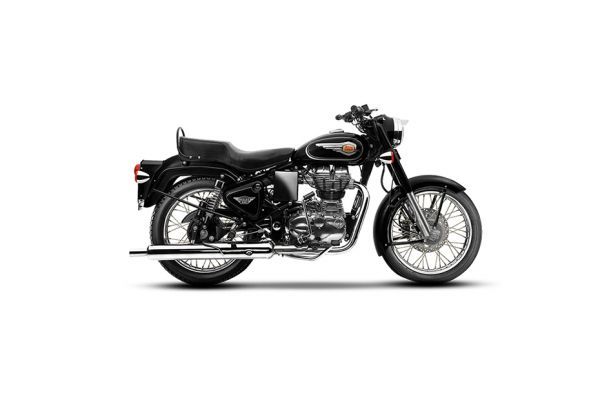 Royal Enfield has issued a recall for its Bullet range, including the Bullet 500, for a faulty brake caliper bolt. Nearly 7,000 motorcycles have been affected by this issue. Royal Enfield will replace the faulty part at no extra cost to the customer.

The Bullet 350 comes with a 346cc air-cooled and carburetted single-cylinder motor that puts out 20.07PS at 5,250rpm and 28Nm at 4000rpm, delivered to the rear wheel via a 5-speed gearbox. Its suspension setup comprises of conventional forks up front and twin shock absorbers at the rear. Despite the retro design, it comes with electric start and a disc brake up front. It weighs 194kg (kerb) and has a 13.5-litre fuel tank.

Royal Enfield’s retro design ethos have worked well for the company and the Bullet 500 is as authentic as it gets. The Bullet 500 gets the signature Royal Enfield fuel tank, a stepped single seat, spoked 19-inch wheels and a chrome battery box. There is generous use of chrome on the exhaust, mudguards and headlamp bezel to add to its retro look.

Mahindra Mojo: The Mojo makes for a good tourer, thanks to its comfortable ergonomics, good ride quality and performance from its 300cc liquid-cooled motor. It might not handle as well as the competition, but when it comes to travelling long distances at a stretch, the Mojo acquits itself quite well.

Bajaj Dominar 400: When it comes to performance, the Dominar is ahead of the competition, thanks to its 375cc liquid-cooled and fuel-injected single that makes 35PS of power. It also handles better than the competition, though the stiff suspension setup is not conducive to long-distance touring, especially on our bad roads.

After a hectic racing weekend, we decide to give Sgt. a little lesson in history to decipher. Our review (if we may call it so) of the Cult Royal Enfield Bullet.