Our long-term FZ25 came back after a major repair just in time for the monsoons. Were the rain Gods kind enough? 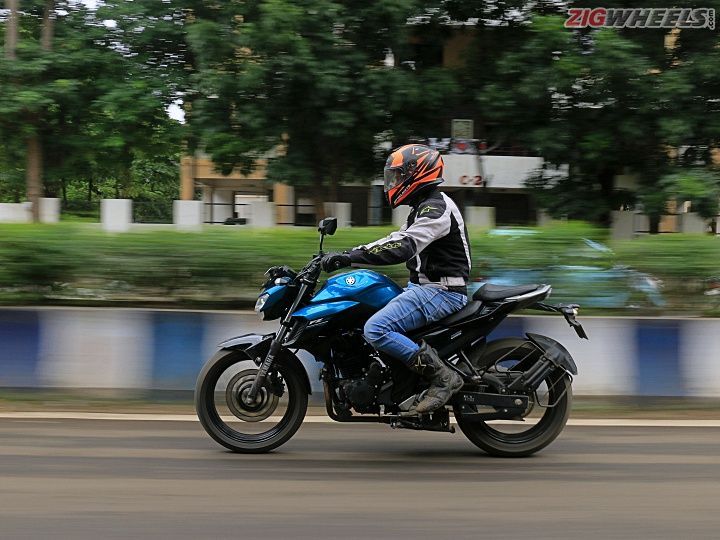 After being MIA for more than three months, the Yamaha FZ25’s return to the Zig long-term garage coincided with the arrival of the monsoon in Pune. Riding in the rain isn’t a pleasant experience as it is, what with the low visibility, puddles that are hard to judge, rusting metallic parts and things getting worse as speeds rise. In retrospect though, my mud-spattered shoes and the aforementioned problems seem like the least of the issues that unfolded over the course of the rainy season.

I won’t complain about the rust affecting the side stand, the key slot and other hinges as that might be a result of the bike lying around in the repair yard for over three months. What’s worth complaining though is the fact that the indicators have gone haywire. Both left and right turn indicators don’t respond as soon as you toggle the switch. Instead, they start blinking way later, once you’ve completed the turn and are riding straight.

My monsoon commutes were all the more worsened by the limited throw of the headlamp, which restricts you from riding at even decent speeds in low light conditions. Dial in the fact that the tiny rearview mirrors have now come loose and swing inwards when you open the throttle. All this coupled with the iffy turn indicators and the slippery handlebar grips meant that my monsoon commutes made for some pretty nerve-wracking experiences.

While all the niggles mentioned above might be a result of the monsoon taking its toll, the Yamaha FZ25 is still a no-nonsense machine at heart. Despite not being serviced for quite a while now, the motor feels vibe-free at city speeds. Another boon in city commutes is the engine’s tractability - while you can still feel its grunt to pull from as low as 30kmph in 5th gear, the lack of maintenance makes it struggle a bit.

My tenure with the FZ25 has been brief and marred by rains. With the skies clearing up, however, the Yamaha is starting to inspire more confidence. I expect things to look more promising after a full service and oil change.