My former long-term, and now personal, motorcycle – the TVS Radeon – was due for a tyre change, and TVS Eurogrip came to the rescue just in time 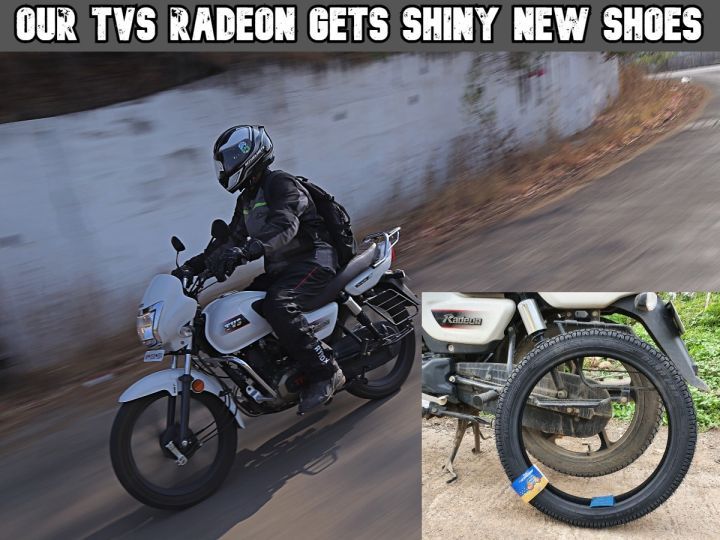 My 2019 TVS Radeon has done 13,400km now, with rides almost exclusively limited to the city and a major chunk of a year spent idle in the garage (thanks to the pandemic). The stock rubber, the Dura Grip tubeless tyres from TVS Tyres, had started to show their age with several miniscule cracks on the surface. As I was contemplating getting new ones, TVS Eurogrip happened to send us a set for review – just in time! That’s how we got the new TVS Eurogrip DuraPro shoes for my trusted commuter.

Launched in March 2021, the DuraPro tyres are meant to offer a balance of on- and off-road capabilities. In addition, it’s got a rounded profile with medium-sized blocks on the centre tread which TVS Eurogrip claims to have arranged it in a sine wave pattern. The company says such a layout helps in optimum performance in “mixed road applications.” In order to ensure better cornering grip, it gets a small-block design on the shoulder. TVS Eurogrip claims the tyres are designed to improve mileage as well.

TVS Eurogrip retails the front 2.75-18 48P 6PR DuraPro TL for Rs 1,854, whereas the rear 3.00-18 52P 6PR DuraPro TL is pegged at Rs 2,244. Swapping the tyres cost me Rs 500, and the tyres are currently being run-in, with around 85km covered so far. As I’d mentioned earlier, my use case is mostly restricted to within the city, which is exactly where the tyres are meant to shine.

As far as my initial thoughts are concerned, there’s definitely a better sense of grip, particularly on cobbled roads. The older Dura Grip tended to let go even with the smallest change in direction over such roads whereas the new DuraPros kept their composure admirably well. The wet grip also feels better but I will know for sure once the tyres are properly run-in.

We’ll be putting up another review at around 2,000km, so until then, stay tuned to ZigWheels! 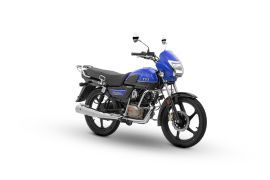