Riding The Yezdi Scrambler To The Mahindra Independence Rock Festival: A Weekend Of Rock

From the rhythm of a raw engine to live rock music, here are all the sounds I heard over a weekend 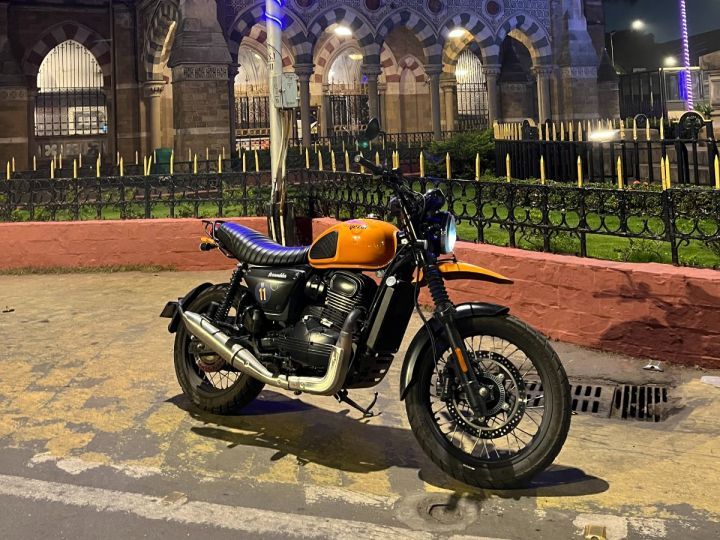 Carry On My Wayward Son - Kansas

~I set a course for winds of fortune

But I hear the voices say

Carry on my wayward son

There'll be peace when you are done~

Bike rides – These two words are enough to get me all excited. But… couple that with a Rock music festival? Sign me up for wherever it may take me. Well, on the weekend of November 5 & 6, this willingness of mine took me to the Mahindra Independence Rock Festival in Mumbai, on a Yezdi Motorcycle.

So this story is about a lot of things clubbed into one, so you might get to know a lot about me in that process. So gear up for a journey.

Since a very young age, I have been in awe of retro bikes and the concept of scramblers. So when I was given a choice to pick my ride from the Jawa-Yezdi family of bikes for my Mumbai to Pune journey, guess which one I went for! Well, of course, it was the Yezdi Scrambler. If the bike wasn’t attractive enough to have everyone’s eyes on me on the road, my ride for the weekend came painted in a bright orange shade – uff consider me bedazzled.

Show Me How To Live - Audioslave

~You gave me life

Now show me how to live~

A bit late to the convoy, so my colleague Sudipto (who was on a Yezdi Adventure) and I were left behind and had to get ourselves to Mumbai.
*Straps checked, zips tied, laces tightened and visors down* - Mumbai and rock festival, nothing’s coming between you and me this weekend.

Coming to what excited me the most about this ride – The Scrambler. My ride, in its most honest form, is a machine that is unapologetically brash. And that is exactly what I love so much about it. Quick off the bat, vibes but not so much that it would dampen my experience, and the absolute wild nature of this beauty.

Along with the lovely hillscapes that I was enjoying on my way through Lonavala and Khandala, the Scrambler was proving to be a great companion. With all of its flaws in one basket, it still gave me the confidence to twist the throttle as much as I could on the open highways and the twisties.

~Take me down to the paradise city

Where the grass is green and the girls are pretty~

The city I so dearly love and adore – Mumbai. As soon as I entered the city of dreams, the Scrambler was gasping for air, slightly overheated, with the high temperatures and oh the crowded roads. So I had to take it easy on the throttle and take a short break as well.

As free flowing and easy going the bike is on the highways, the crowded roads are a bit tricky because of the peaky engine and short gear ratios, forcing me to tap up and down the gearbox frantically, likely preparing new for the festival ahead.

There is just something about rock music and motorcycles, and Independence Rock was the perfect way to celebrate it. The most important thing you need to know about Rock, is that it is the most sensitive music genre, well apart from Metal, to express the vulnerabilities of an artist.

This kind of music festival is full of hardcore enthusiasts who have come for one thing - live the music. And that is exactly what I witnessed, with an incredible set of artists and bands from across the country including Parikrama, Aswekeepsearching, Bloodywood, Thaikkudam Bridge and more. Artists who are just happy to play their songs to an audience who are welcoming it with open arms whilst headbanging the heck out of the evening. So did I, by the way, so much so, that I woke up with a slightly strained neck, but honestly – it was worth it.

The City And Two Wheels

~Take me to the magic of the moment

On a glory night

Where the children of tomorrow dream away

In the wind of change~

It has been a dream since 2019, to ride a motorcycle on Marine Drive and on Mumbai roads after sun down. I am so glad that I got to live that dream, that too on a Scrambler, and Yezdi, a brand that is a personification of dreams realised with its revival in 2022.

But you can never leave~

With Sunday night coming to an end, my duty and responsibilities called, and I had to wake up early Monday morning and head directly to ZigWheels’ office in Pune. However, as I was leaving what was an incredible weekend behind, these two days weren’t so keen on letting me go.

So at 6:15 a.m in the morning, I departed on the Yezdi Adventure from Mumbai – which I swapped with Sudipto in place of the Scrambler – with an entire grunge rock playlist playing on my phone and guiding me home. And believe me, when I say that, I witnessed the most amazing of views on my way back. When I did return to the office, in my ecstatic state, I took a deep breath, wrote a news story and went about my day. 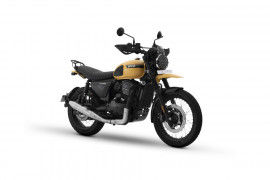