The Ola revolution’s first step is the S1. Just how solid is it? 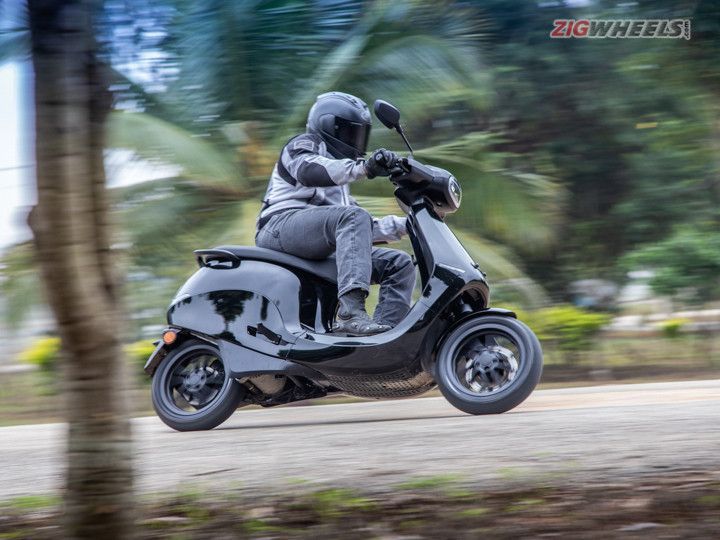 From Leh to Gangtok, across 1000 Indian cities, over a lakh of you have put your money down for the Ola Electric as it has been surrounded with sky-high hype and excitement. Understandably so, as the S1 and S1 Pro pack benchmark-setting specs while also promising great value. But will the Ola Electric scooters live up to the promise? Only some saddle time can tell, and that time is now.

A Caveat
For an electric scooter with so much newness, it would take a couple of days for us to suss out all the details and intricacies. However, all we got with the Ola was just about two hours, that too in a gated society; so, range and charging is something we weren’t able to explore. Nevertheless, we got a sense of how the first-time scooter-maker plans to live up to the big promises it makes on paper. And, we got the top-spec S1 Pro to wow us.

Yumm!
In pics, it was clear that the Ola scoot is chic and this bears out in the flesh too. The sweeping line that connects the handlebar to the seat, and the tapering line for the tail give it a retro vibe. The spine that runs through the floorboard seems odd on a new-age scooter though. Yes, it has new-age touches too, like the twin-LED headlamp that wears the chunky LED DRL border and the pencil-thin flush-fitting indicators. And no, your eyes are fine, there is only one half of the telescopic fork for the front suspension. A multilink setup locates the single telescopic suspension which connects to a sturdy single-sided cast-iron piece for the wheel carrier.

With the 3.97kWh batteries stored low down under the floorboard, and the rear wheel pushed out, this Ola strikes quite a potent stance. The surprise was that it looks a bit smaller than expected as the apron tapers sharply at the top and the rear also wraps around very tightly; but, this doesn’t hamper its appeal. The glossy black finish makes the S1 Pro look very stealthy and cool, while the soft pastel colours give it a Vespa-esque vibe albeit with a twist as they don’t have a glossy finish.

There's plenty of cool stuff like an apron-mounted USB port, and that too with pockets. Speakers integrated here play theme sounds or music (when the OTA update allows). If you are wondering about the ignition slot, there isn’t one. Instead, you use your phone app to unlock the steering or to turn on the ignition via Bluetooth; or punch in the security code on the touchscreen. Future updates will make the experience keyless as the scooter will unlock as it senses you coming close to it. Hopefully, for the more paranoid users, this feature will be switchable.

The 7” touchscreen was bright and responsive, making it easy to swipe through the menus even when wearing gloves. However, the main screen needs chunkier fonts and larger readouts-- there’s plenty of digital real estate to spare. The Vehicle Control Unit that powers this system and communicates with the other modules in the scooter is powered by a 1.8GHz octa-core processor with 3GB of RAM.

Hiccups? Well, the large bezels all around for the screen make the rider’s console look a bit awkward and the many switches (music control, ride modes, reverse/cruise control and more) look chunky and feel rubbery. For the indicators, instead of a toggle, there are individual buttons, which is odd. The grab rails for the pillion felt flimsy and pushed against the side panels, and the shut lines and paint finishes could be more consistent too. Although, the matte finish was very good!

Practically normal
For starters, the 165mm of ground clearance is more than the competition. Sadly, so is the seat height, and it is pretty wide too. However, it is possible to put your feet down if you scoot all the way forward. But managing the scooter for 5’6” riders like me isn’t an issue as the low centre of gravity makes it easy to handle the S1 in parking lots.

The large 36-litre boot is opened via a digital button on the touchscreen. And it is huge. The rectangular shape will swallow a backpack whole. But fitting in a full-face helmet won’t be possible as it isn’t deep enough. Nonetheless, for grocery runs it will be an absolute boon. The boot holds the somewhat bulky, roughly the size of one party pack of ice cream, 750W charger and cable. The charging port is located above the tail lamp and uses a proprietary plug, which is why the charging cable or access to the Ola Supercharging network will be important.

Zip & Zap
The excitement of the Ola S1 Pro has been built on its electron munching hardware. Developed in-house, the motor’s 5.5kW of power makes other offerings pale in comparison, and that’s without factoring in the 8.5kW of peak power. A 115kmph top speed claim eclipses all scooters and several motorcycles at this price point too. The range of 181km makes it a genuine solution for the family.

On our ride, we saw the claimed range drop in sync with the indicated range. So, while we started with an indicated range of 134km (not fully charged), in 18km the range had dropped by about 20km. This was after some hard acceleration in Hyper mode including several runs over 90kmph. At which point the S1 Pro was still accelerating, and if there was more road it looked likely to verify its top-speed claim. The Hyper mode is potent, but it doesn’t feel as explosive off the line as Ather’s Warp mode, which sends the 450x rocketing off the line. The S1 Pro starts in a sprightly manner and unleashes even more of its potential once it builds some speed. We ended up spending more time in Sport mode as the initial throttle response in Normal mode was quite soft, which made it feel sluggish.


Switching to Sport mode made the S1 Pro immediately peppier as the throttle response was stronger and it increased the top speed from the Normal mode. However, Sport mode highlighted another issue: a lag when opening the throttle. The motor was a bit slow to respond, which means riding at low speeds doesn’t feel smooth or predictable and can catch you off-guard - like when making U-turns. Also, when you close the throttle, the motor continues to accelerate for half a second after, and that can make things a little hairy. The software that links the batteries, throttle and motor played up further as it reduced performance without warning. Presumably, this was to protect the batteries and motor from overheating. But as we hadn’t used the S1 Pro exclusively in Hyper mode or for prolonged periods, this ate into the experience and the sense of confidence. However, Ola says that these issues will be fixed by an over-the-air software update before the S1s are delivered to customers.

Any worries about battery longevity will be put to ease by the 3-year battery warranty, however, there's no confirmation on the IP rating for the batteries or the motor. Interestingly, the S1 Pro has two regeneration modes: Normal and Forced Regen. This would allow riders to use the regen to slow down the scooter using the motor, which would help top up the batteries with the electricity created. However, we could not work out the modes and did not feel the regen system or get any message on the screen to show the system was in play. We couldn’t test cruise control either as this feature will be unlocked via an OTA update in the future.

Hardware Magic
There is some potential that is baked into the S1 Pro that is impossible to miss! That’s the tubular chassis! It is confidence-inspiring and fun as the grip from the 110/70-12 inch MRFs is plenty and the low centre of gravity makes it easy to steer too. The jarring thuds typically felt on scooters when going over potholes are practically negated here on the S1 Pro. Phenomenal. Ride quality, on the whole, is good as the roughness of the road is ironed out, but it isn’t plush as expected on family scooters, nor as sophisticated and “flat” riding as some of the premium scooters. Ola would do well to tweak the brakes too as the combi-brake setup, with discs front and rear, didn’t feel very confidence-inspiring. Under heavy braking, the front lacked feel and bite while the rear locked up too easily.

Commuting is easy as you sit in an upright position with a high-set handlebar, which won’t foul with your knees even when making U-turns. The wide and well-padded seat felt comfy and it is long too, which makes it apt for family use. The spine in the floorboard makes it a bit tricky to stow luggage. A high-mounted bag hook--on the apron, not under the seat--will help anchor your backpack. Also, the spine lets you squeeze your feet under the luggage. Your feet are forced into one position as the curved lines keep you from pushing your feet forward or back.

Getting Real
Ola is charting a new path in the Indian market that changes how you buy and live with your scooter. Doorstep delivery comes at the expense of showrooms; it also means there will be no service centres either. There are pros and cons to this approach and the lack of physical touchpoints might be a stumbling block for some. However, the Ola scooters’ specs and pricing are tempting enough to push these hesitations to the back of the mind.


In our experience, the Ola S1 Pro has proved to be a promising scooter that could combine practicality and performance. But, there is a “but.” Sure, while quality could be better, it isn’t a deal-breaker. The unexplained drop in performance dampened the riding experience and the more subtle issue of poor throttle calibration hampers the promise of practicality and is a potential safety concern. Hence, Ola’s promise of fixing these issues via OTA updates is critical as the lack of polish and sophistication at its very core makes it feel incomplete, thereby keeping the Ola S1 Pro from realising its immense potential, for now.