Learning how to adapt to riding electrics as a daily runner 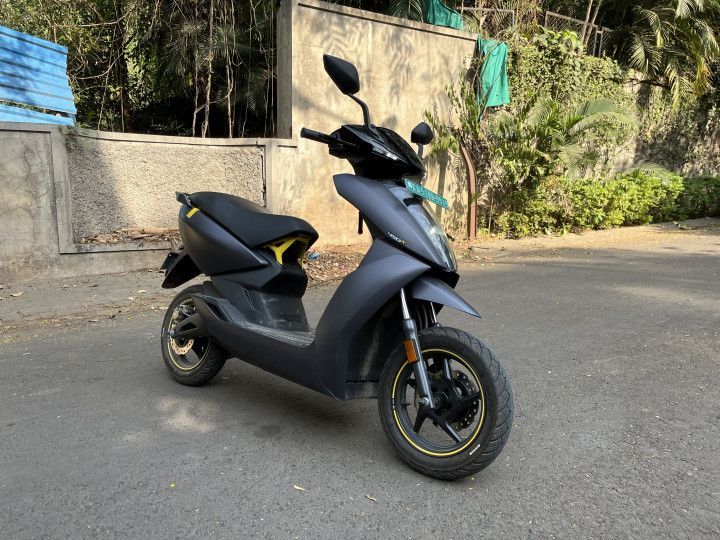 Many moons ago, I had written that the Ather 450 could very well “become my swift city slicker which helps me save on fuel costs, money that can be utilised in hooning around on a fuel-guzzling performance motorcycle.” Given the alarming cost of petrol nowadays, I leapt at the opportunity to grab the keys of our new long-term 450X. We have been testing the Ather in brief periods and it always tends to put a smile on our faces. However, now that it’s time to be serious and do the daily chores, will it continue to deliver?

No Need Of Sport/Warp Always
Prior to the long termer’s arrival, I usually ended up riding the 450X in Sport mode. Trying to reconnect with my teenage years, the Sport mode is the perfect antidote to beat mundane commutes. While I am still getting a kick out of riding it in Sport, and occasionally in Warp, I have become a bit more sensible with the long termer, especially if the day involves a lot of riding.

Like it happened, I had to go from my home to my parents for dinner one night and the following morning drop my brother off at the airport and return back to my place. If it was any ICE vehicle, I wouldn’t’ve thought about the distance as much. But with the Ather realistically returning 70km in Ride mode made me a bit anxious as I had to cover around 55km. I had carried the portable charger and could’ve charged it at my folk’s home but I wanted to experience the 450X in low-charge situations and how well it can cope with range anxiety.

Thankfully, it started off well. I have learnt this trick that most owners by now might have figured out but if you haven’t, then try this: when you approach a stop sign, try and squeeze your way to the front. Switch to Sport or Warp at the signal and zoom away on green for a few seconds. Then you can switch it back to Ride and cruise on the 450X at around 50kmph. This trick has really helped me maximise range. And even though I am not extracting 70km on a single charge, I am getting around 60km, which to be honest with my hamfistedness is far more than what I expected.

Anyways, back to the story. So, I reached my parents’ place with 60 percent charge still left. Had a lovely meal and a good night’s sleep. The following morning, my clumsy brother misread his flight timings and we had to properly rush to the airport. This meant switching to Sport mode, and even to Warp on some occasions, more often than what I would’ve anticipated.

The range anxiety issue was becoming evident. I was constantly calculating and riding, all the while my brother letting me know that he was getting late. Zip, zap and zoom was needed. And here’s where the Ather truly comes into its own. Like we found out in our performance scooter test earlier this year, the 450X did a splendid job of being the second fastest scooter around the Pune Kartdrome go kart track. Its brilliance doesn’t just come down to the motor’s peppiness but also the confidence-inspiring handling.

Cutting the long story short, we reached the airport with 10 minutes to spare. However, I had used up quite a bit of the battery. The hurrying and the extra weight of the pillion and luggage took their toll. With 30 percent left, I had to ride very economically.

Dying, dying, almost dead
Trying to maximise the charge of the Ather, I had to switch to Ride mode. Soon enough, I was lifting and coasting. Never had I done such a thing but I guess this is going to be the way forward with EVs. The Ather’s regen functionality isn’t too strong and that allowed the scooter to scoot for quite some distance.

But as soon as I reached the Bombay Sappers’ area (around 5km from the airport), the scooter automatically switched to Eco mode. The charge had dropped below 20 percent and this auto switching feature is meant for you to reach your destination safely. Even then, as the performance was capped, it didn’t feel restricted for the most part. Yes, it struggled slightly to climb the Kirkee flyover but with no steep gradients to encounter thereafter, it was going smoothly.

The performance did start waning as I neared my home. With 3km still left to go, the Ather was doing around 25-30kmph, which was still quite pleasing. As I reached home, the dash showed just 2 percent and I had nearly run it dry.

The learnings
Firstly, have my brother read his flight tickets more accurately. More importantly, don’t be a fool and take the battery for granted. The Ather isn’t blessed with a large battery pack like some of its electric counterparts and range anxiety does kick in on such long commutes. Thankfully, the Ather Grid is pretty well spread out at least in Pune, so a quick charge and go was always on the back of my mind.

For the next month, I just want to try and understand how much storage space is actually necessary for most people. More importantly, can the firm ride destroy my birthday brother’s cake?