Crucial improvements have been addressed, but is it enough to keep the battery of new EVs at bay? 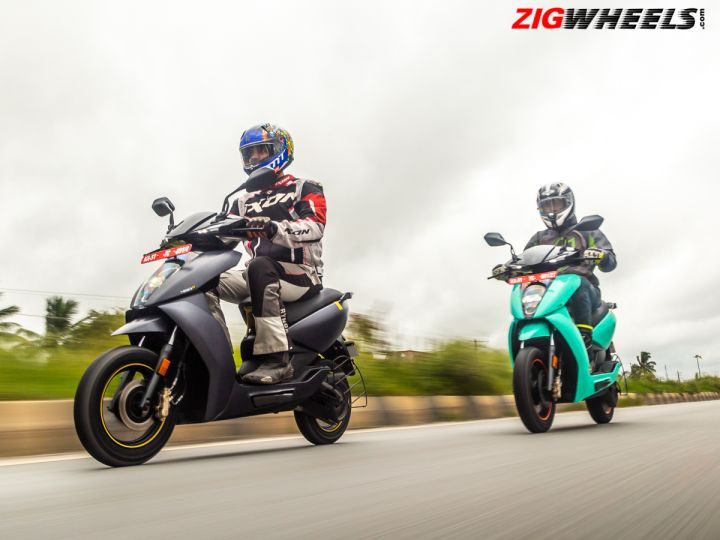 Riding the new Gen-3 Ather 450X reminded me how exciting the EV space is today. It’s as vibrant as it is competitive, just as the smartphone era was barely a decade ago. Therefore, as much as the arrival of the Simple One is exciting, we’ve been hoping and wishing for something new from Ather, something with more performance and range. But on the road of expectations, our car, or should I say e-scooter, of reality took a sudden hard-right!

When Ather unveiled the Gen-3 for the first time, it was immediately obvious that it looked the same. And because the existing design is quite agreeable, one can condone them not revisiting the ageing design. Furthermore, at the end of the day, you come to Ather for the experience, much like you would for an Apple iPhone. Not every year is it all-new, at least not in the real sense, and some models are just stopgaps.

Yes, the mirror stems are new and so are the tyres(more on this later), but they are more of a ‘technical’ improvement than for vanity. The new mirrors have a better viewing angle and even with bulky riding gear on, I caught less of my shoulders and more of the traffic behind.

Sadly, this department too goes untampered with. Gen-3 gets the same powertrain making the same 6kW of peak power and Ather claims it still cracks out a 0-40kmph in 3.3seconds, which isn’t dull by any means. So the 450X continues to be as engaging to ride as it was before. Pity!

In this version Ather has played it safe yet again. It has chosen to address just a few critical things and hope to get those right. And the first change is that you get more range!

Gen-3 now packs a 25 percent larger battery pack, pushing its TrueRange up from 85km to 105km in Eco mode. Knowing what we know of Ather, you get what you pay for and these new extended range figures should ease some of that range anxiety. But bigger batteries also mean more weight and this new Gen3 450X is a tad heavier, but it’s hardly noticeable.

We spent the first half of the day riding on the highway and then attacking a bunch of corners around Nandi hills and we still managed to squeeze out well over 80km of range while toggling between Warp, Sport and Smart Eco.

But that’s not all, because Ather says, although the performance isn’t necessarily up, a bigger battery means better thermal efficiency. Which means, you get to hold a performance mode like Warp or Sport for longer. However, that's something we'll have to test when we get this new one for a proper road test.

But, Ather has managed to improve the ride and handling package by swapping out the old 90/90 section MRF tyres at the front and back with new ones from MRF which are grippier thanks to a revised compound.

Also, because of its rounded profile, the scooter leans into corners more progressively. It doesn't feel as tippy as it did before. This allowed me to carry a lot more speed through corners with a better sense of confidence.

Another department where these new tyres are helping is braking. See, the braking hardware is still the same and it still locks up under hard braking. But the new compound and profile reduces the squealing under hard braking, hence not triggering panic. Only a road test will show if there are improvements to braking performance with the new tyres or not.

While on the topic, Ather will sell you a tyre pressure monitor as an accessory that helps in extracting better range. It’s installed inside the tyre, so it’s pretty much theft proof. And with live readings on the dash, it’s easier to know if you’re wasting away precious range by running on less air.

While there is no change to the UI and UX, the new Ather 450s pack better hardware underneath its 7-inch TFT screen. The RAM is up from 1GB to 2GB and the ROM from 8GB to 16GB. This will allow for more intuitiveness from this dash, unlocking room for more features we can use in the future, and will also help capture and compute more riding data which in turn help rolling out future OTA updates.

Rounding it all off, Ather has also thrown in this conventional rear footrest and some luggage accessories that increase your usable storage space on this scooter, something we have addressed as its shortcoming in the past. So it's clear, utility was the agenda this time around.

Priced at Rs 1,57,507 for the 450X and the 450 Plus at 1,35,996 (ex-showroom India excluding state subsidy), the hike in prices isn't much, but we wonder, has Ather done enough? Something new on the outside (even colours) and a little bit more oomph would have really gotten us thrilled. The lack of it won't press existing owners to upgrade, but new buyers will certainly get a plum deal.