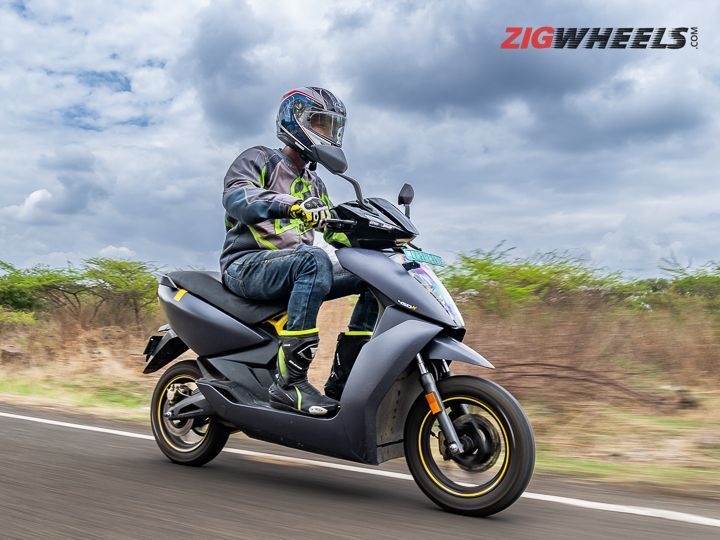 After a very brief spell of us living with the Ather 450X, the folks from Ather were dying to get the scooter back. It was just very confusing why. I’ve had the scooter for only three months and had barely just started to revel in the fuel savings that it was offering. But it became very clear that something better was in store.

So, how did the final couple of months pass? Very happily.

Proved It To Be The Best

Time and again, the 450X has proven to be one of the strongest packages in the Indian EV space. Many rivals of it have arrived, either promising more performance, range, features or a lower price tag, if not all. But there’s not been an e-scooter that feels as complete. The TVS iQube Electric is the closest e-scooter that makes a compelling case against the Ather, especially if you didn’t want something sporty.

But then came the Ola S1 Pro. In all seriousness, it is a very quick e-scooter. When we rode the two together, the S1 Pro literally blitzed away from the 450X from traffic signals. It also went for 50km more, in Normal and not Eco mode. And that is where things get murky for the S1 Pro. So, the biggest highlight of the past two months was the comparison test between these two scooters, where some interesting findings came to light.

Firstly, the Ather isn’t hazardous, and no, I am not making any #Burnol jokes. The Eco mode of the S1 Pro is just not good enough to use regularly. It was hilariously slow in our Eco mode drag race and it doesn’t even touch 40kmph! The Ather’s smart tuning of the riding mode means you don’t zip away from traffic signals but you aren’t stuttering either. It reaches 40kmph without much fuss and there’s still a bit more drive left to make overtakes.

Secondly, the 450X can scale small hills without breaking a sweat. In Normal mode, there was a slight struggle. In Warp, there was none of that. It was a stark contrast to the Ola which couldn’t better the Ather’s Normal mode time even in Hyper mode.

Ather’s seamless riding experience is also a big boon. Recalibrating how to ride a scooter isn’t needed. There’s no lag between throttle opening and the scooter actually moving forwards. And the biggest highlight is if you dab the brakes, especially when you take U-turns, the power isn’t cut on the Ather. Thus, making it quite safe and conventional.

But Ather needs to learn a few tricks from Ola. Firstly, the 140km range that our testers achieved on the S1 Pro is far from the 170km that Ola claims. But it is still quite a lot less than the 450X. The bigger battery on the Gen-3 should address this issue to some extent.

Secondly, cruise control is something really special. This tool that I thought was brilliant only on highways on big bikes turned out to be fantastic for commutes on the S1 Pro. Reach 40-50kmph, switch the aid on and just chill on those lazy easy days on the road.

Ather has addressed quite a few niggles that the 450X Gen-2 suffered with the Gen-3. But calling it the Gen-3 seems a bit too much in my books. For me, it is more like Gen-2.1 and if Ather had called it that, I wouldn’t feel a bit disheartened. Currently, the battery is the only big improvement over the old scooter, addressing the issue of range anxiety to a big extent.

The handling gains, while adding sure-footedness, do seem quite minor. Over the course of three months, you generally get over or learn how to deal with the scooter’s initial tippiness. Ishan tells me the new tyres help in braking matters and that is a big plus.

But the challenge is now coming from another Bengaluru start-up. Its name is Simple and it aims to be the One. And after riding the e-scooter, I found it very hard to complain much. It had the makings of something truly remarkable, something that I felt the first time I rode the old Ather 450 (and till the last time I rode the 450X).

How will Ather respond? In its typical fashion, it might not. You see, the 450X has always carved out its own niche space and is appreciated by those who want a genuine quality product. The Simple One has the makings of an Ather beater but things like quality of plastics, fit and finish levels and delivery timelines are hurting its case. And more importantly, will it turn out to be just as reliable and efficient as the 450X? Because that is something Ather prides itself on. After all, why would you eat ice cream over a baking oven that has a lithium-ion battery pack inside it? To be cool? Maybe.