What’s Different Between The BS6 Honda Dio And The BS4 Model?

Is it just a standard BS6 update or is there more to it? 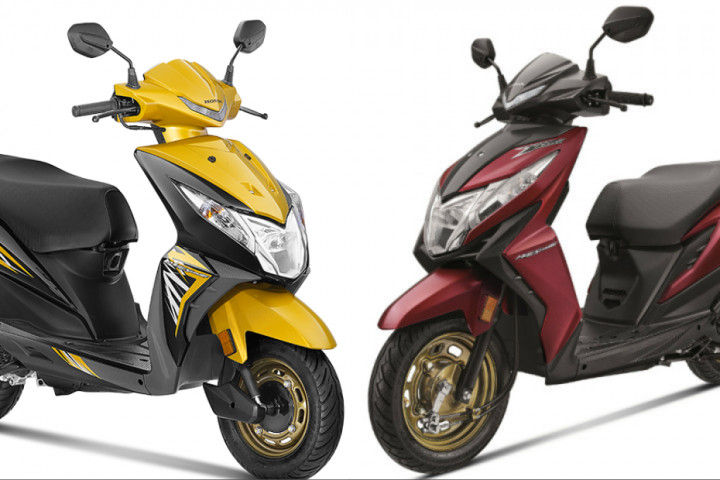 Honda is on a roll, launching one updated two-wheeler after another for quite some time now. The latest two-wheeler to join this list is the 2020 Honda Dio, which has been launched at Rs 59,990 (ex-showroom). We have done a detailed story on the BS6-compliant Dio, which you can read here. Over here, we’ll focus on what’s different between the BS6-compliant Dio and the BS4 model.

Over the years, the Dio got a few cosmetic updates in the form of new decals and paint options. But nothing major, to be honest. Thankfully, with the BS6 update, Honda has given its sporty scooter a new look from the ground up. The BS6 Dio gets a restyled apron, new LED DRLs and a new muffler. We appreciate how Honda’s designers have included new bits to the Dio while maintaining its overall style.

There are six paint options on offer now, all with stupidly long names. In layman's terms, let’s just call them blue, yellow, orange, two shades of red, and grey.

The updated Dio gets the same ACG starter motor we have seen on other BS6-compliant Honda two-wheelers. But it now comes with an external fuel filler cap and engine kill switch, pass light switch and a side stand engine cut-off. Yes, there are some similar features between the two models, but Honda has tweaked them as well. For instance, the LED DRLs and the digital console that were already available in the BS4 model have been tweaked.

By now, if you know one thing about BS6-compliant two-wheelers, it’s this: the updated motors usually make slightly less power and torque than their older versions. And it’s the same situation with the new Dio. Its 109.5cc, single-cylinder, air-cooled engine now makes 7.76PS of power (0.16PS less than before) and 9Nm of torque.

This is the other major aspect where the BS6 Dio is different from its older model. Honda has replaced the old trailing link suspension on the BS4 model with a telescopic fork and an adjustable monoshock.

The front end has another important change: the tyre! The BS6 Dio rolls on a 12-inch wheel at the front, which should offer more stability than the BS4 model. At 1260mm, the BS6 variant’s wheelbase is now 22mm longer than before. And in order to comply with the new emission norms, the Dio has gained 3kg.

The only similarity in both variants is the braking hardware. Yes, Honda is still stuck to drum brakes for its sporty scooter.

We will ride the new BS6 Dio soon, so stay tuned to ZigWheels to see whether these changes make a huge difference or not. 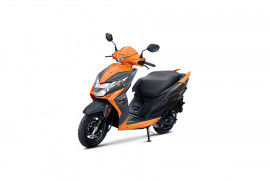 All Comparisons of Dio