What Can You Get In Place Of The Rs 15 Lakh Honda Activa?

Chandigarh man buys Rs 15 lakh number plate at a state auction for a humble Activa, and here’s what all you can buy for that kind of money 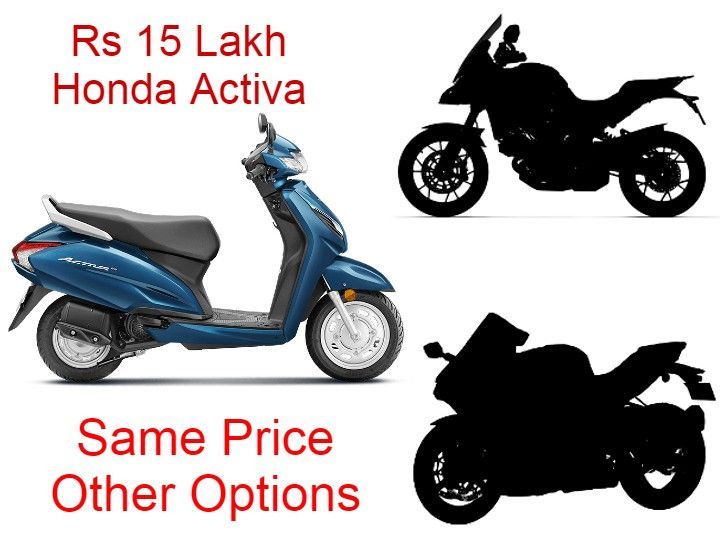 A Chandigarh advertising agency owner, Brij Mohan, recently bought a Rs 15.4 lakh worth special number plate at an auction held by the Chandigarh Registering and Licensing Authority to generate revenue. The interesting bit, however, is that Mohan will be using the number plate on a Honda Activa Scooter for the time being, which increases the value of the scooter to over Rs 15 lakh.

Now we all can’t or wouldn’t want to buy a Honda Activa worth Rs 15 lakh, but for that price you can buy these incredible two-wheelers available in the Indian market.

Ducati Multistrada 950 (Rs 15.49 lakh)
Working as an alternative to the humble 110cc scooter is the 937cc touring motorcycle by Ducati. The Multistrada 950 is an incredible touring machine that packs great features and equipment. With a 0-100kmph in just 3.49 seconds, the Multistrada is essentially a superbike on stilts.

Kawasaki Ninja ZX-10R (Rs 15.83 lakh)
Another alternative at a similar price of the small displacement scooter is this full-fledged supersport by Kawasaki. The Ninja ZX-10R doesn’t just look jaw dropping, but is also a fantastic performer which can reach top speeds of 300kmph, that is scary fast. Additionally, It is the most affordable litre-class bike that can be bought in India, and it also comes packed with tech only second to full-fledged MotoGP bikes.

Harley Davidson Sportster S (Rs 15.51 lakh)
If the other alternatives on the list were not upto your liking, then would an engine more than 10 times bigger than the Activa intrigue you? Here is the Harley Davidson Sportster S with a massive 1250cc liquid-cooled V-twin engine, churning out 122PS and 125Nm. This cruiser bike is something that you can go on long-long rides on and features all modern day tech and features like corner-sensitive traction control, ABS, and customisable riding modes, all accessible via a circular 4-inch TFT instrument cluster. The Sportster S has also undergone a 24-hour endurance test covering a record distance of 3,141km in the process. With this endurance test, it is evident that it shares the same reliability factor as the evergreen Honda Activa.