Top 5 News Stories Of The Week

India’s most expensive scooter too was launched this week 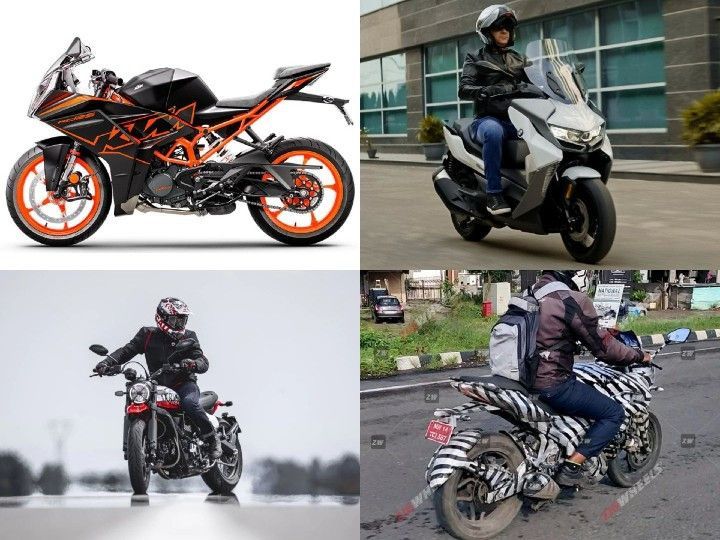 A whole bunch of two-wheelers sprung up this week and left the newsroom stacked, to say the least. From some of the most affordable to the most expensive scooters, and quite a few other bikes have been launched. Here’s a lowdown on it all.

Since their international debut, the 2021 KTM RC 200 and the RC 125 have been long anticipated in India as well. Despite packing several updates, KTM has managed to nail the pricing. Now that the bikes have made it to India, here are the full details.

After the Glamour, it was time for the Pleasure Plus to receive the XTec treatment. So, Hero launched the Pleasure Plus Xtec and the scooter now gets connectivity features and a few other updates. How much does it cost? Head to the launch story to know. The company has also launched the XTreme 160R Stealth Edition in India. What more does it get apart from the new paint scheme? Here’s your answer.

It’s no secret that Bajaj has been working on the upcoming Pulsar 250 and will unveil both a faired as well as a naked iteration of the same. The test mules have been spotted multiple times and we now know when the bikes will be launched.

After the Multistrada V2, Ducati has now taken the wraps off the 2022 Scrambler 800 and the Scrambler 1100. What do the two bikes have to offer? Head here to know.

After a bunch of teasers, BMW finally launched the C 400 GT maxi-scooter in India. It’s not only the most powerful but also the most expensive scooter currently on sale in India. How much does it cost? Tap here to know.