Apart from some important developments in the Indian two-wheeler industry, a variety of two-wheelers have been spotted testing this week 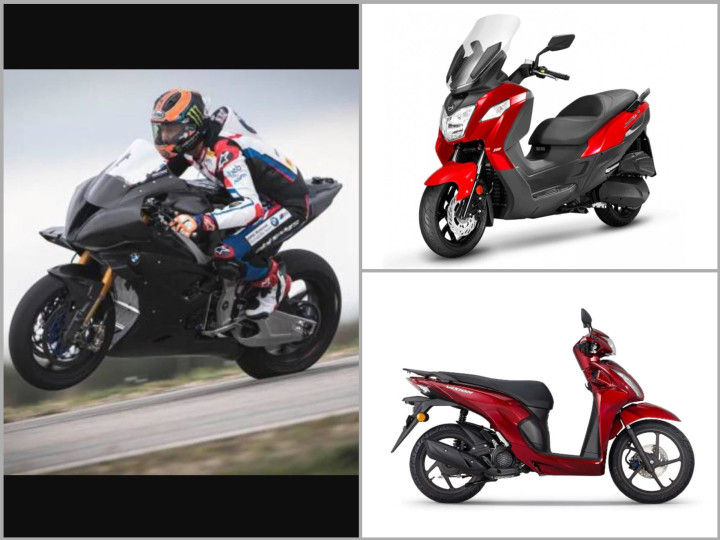 On this week’s platter of bike news, enthusiasts have been served some steaming hot dollops of spy shots. But that’s not all, as interesting developments in the two-wheeler industry have added some savoury spice to the overall scheme of things too. Here are our top 5 picks:

The Royal Enfield Hunter 350 has been spied in the country for the second time. And this time around, it borrows some bits and bobs from the Interceptor 650’s parts bin. Check out our detailed analysis.

One of our colleagues recently spotted the SYM Joymax Z 300, a Taiwanese maxi-scooter, in Pune. The fact that it was doing triple digit speeds makes us believe this is the 300cc version, and not the 125cc or the 250cc variant, as all of them look similar. Here’s our analysis as to when it might be launched in India.

BMW Motorrad seems to be pushing the boundaries of two-wheeled motorsports by working on the 2021 M 1000 RR. The bike has been spotted testing ahead of its WSBK and BSB debut next year. Geek out on all the details here.

The Honda Vision 110 is one of the Japanese brand’s best-sellers in the European market. And for 2021, it not only receives the much-needed Euro 5 update, but also some high-tech tricks up its sleeve.

Ola to set up world’s largest scooter factory in India:

Indian ride-sharing company Ola has signed an MoU with the Tamil Nadu Government, and an investment of around Rs 2,400 crore to set up a scooter factory. The brand says that this will be the largest of its kind in India, and is expected to reduce India’s dependence on China for electric scooters.