EXCLUSIVE: Could THIS Be India’s First 300cc Maxi-Scooter?

The SYM Joymax Z 300 has been spotted testing outside Pune 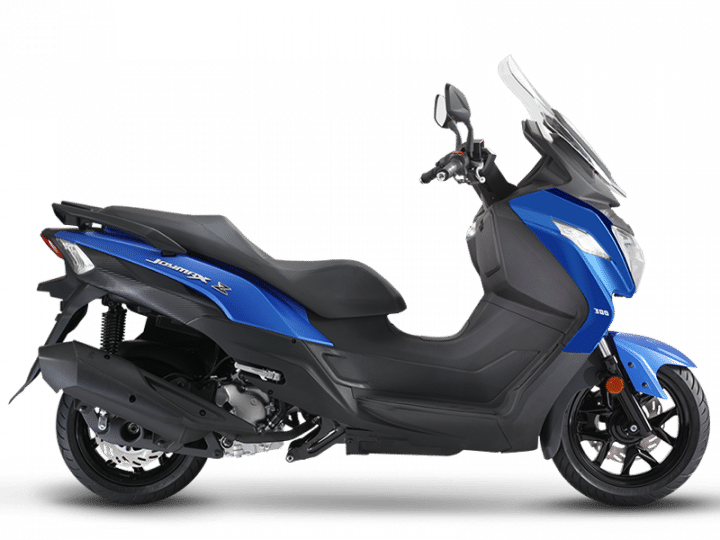 Once the exclusive domain of 100-110cc offerings, the scooter market in India has matured and accepted 125cc and even 150-160cc scooters in recent times. Now, it seems to be ready for the next step, or rather a big leap forward, as multiple manufacturers are contemplating the introduction of 300cc-350cc scooters in the Indian market. Sure, the headline-grabber is Honda with its Forza 300 and Forza 350 rumoured to debut soon, but we’ve already spotted another 300cc maxi-scooter testing on our roads.

The product, in question, is the SYM Joymax Z 300, powered by a 278cc motor producing 27.3PS and 27.3Nm. It’s just been spotted testing outside Pune. Don’t shut this tab just yet, because the Joymax isn’t like all those other Chinese scooters we get in India, and SYM isn’t like all those other manufacturers. First of all, it’s a Taiwanese company that’s been around since 1954 and is also Hyundai’s local partner in Taiwan. Secondly, its operation spans 25 scooters, two motorcycles, a moped and an e-scooter, sold through a global network of distributors in 81 countries.

Coming back to the Joymax, it’s a pukka maxi-scooter with a step-through floorboard and large underseat storage space big enough for two full-face helmets. Unfortunately, we don’t have any spy shots of the test unit, partly because we were chasing it on our long-term Meteor 350 that couldn’t keep up with the Joymax which was comfortably holding 120kph on the Pune by-pass.

To help shelter you from windblast at that speed, the Z 300 gets an adjustable windscreen as well as USB charging and semi-digital instrumentation. And to help bring you to a stop from that speed, SYM has given the Joymax disc brakes at both ends, in a 260mm/240mm size combo along with ABS. Suspension is handled by a telescopic fork and twin shocks. It gets 120/70-14 and 130/60-13 tyres. With such beefy components, it’s hardly a surprise the Joymax tips the scales at a hefty 184kg with its 12-litre fuel-tank full.

So now let’s get to the interesting bit - will this scooter launch in India? Well, SYM already sells its scooters in 25 Asian countries, including Iraq, Laos and Myanmar, so it shouldn’t have too much trouble setting up operations in India. The test mule seemed to be a production-spec scooter, not even sporting camouflage, so it is quite likely that SYM is looking to bring it to India sometime soon. We expect an official launch around mid-2021 at around Rs 3 lakh to 3.5 lakh (ex-showroom).