Is the Interceptor 650 as impressive as its predecessor in the BS6 era? 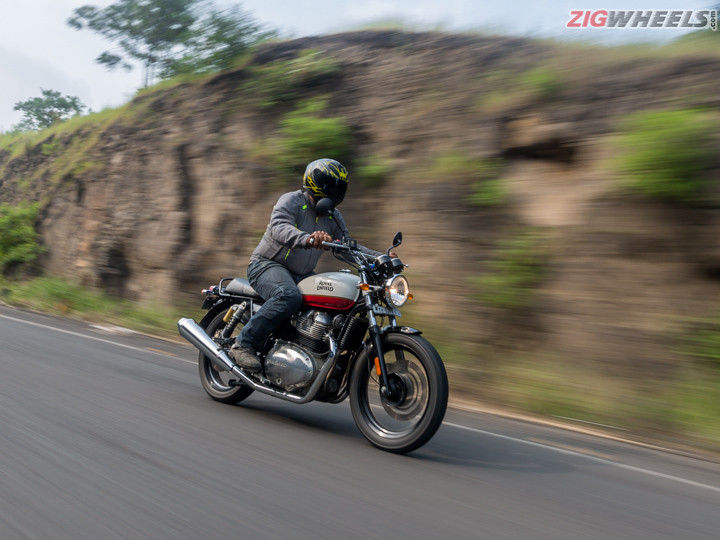 A chilly evening of November 7, 2017 could have been just like any other evening in Milan, but for Royal Enfield it was an unforgettable one. As the 2017 EICMA motorcycle show was about to end, RE showcased the Interceptor 650 and the Continental GT 650 to the world. No other Indian brand had received the same kind of limelight or adulation at EICMA like Royal Enfield received that evening.

I remember my colleagues riding the bikes in California and returning back shocked with what RE had achieved. Given the legacy of the brand, I was skeptical whether the 650 twins could be as refined as what was being written and said. My skepticism vanished the moment I rode the bike for a few metres and the Interceptor 650 just blew me away. Cut to 2020, with the new BS6 emission norms, RE has updated the Interceptor 650 and also made improvements. Is the new BS6 Interceptor any better than its predecessor?

Let’s start our review directly with the engine because that is the major update. Despite being greener and cleaner, Royal Enfield engineers managed to maintain the torque and power output of the BS4 bike. The 648cc, parallel-twin engine churns out 47.6PS at 7,150rpm and 52Nm @ 5250rpm, peak power is now made available at 100rpm earlier compared to its predecessor. On the move, the Interceptor 650 BS6 feels familiar as the wave of torque propels you with brilliant refinement. Throttle response is crisp and direct, however when we tested the new bike it was marginally slower than its predecessor. But in the real world the difference is hardly felt and anyway the Interceptor 650 is a bike that makes you chill and enjoy the ride, rather than be a hooligan.

Having said that, I did go out on a short ride with a few friends who were on higher displacement bikes. Despite the power deficit I was able to keep up with them for most part of the ride and the Interceptor can hustle when required. The one aspect that really surprised me is that the new Interceptor 650 feels slightly more refined at triple digit speeds that the older bike. The BS4 Interceptor 650 could cruise at over 100kmph in an effortless manner but when compared to the new bike, it has a minor buzz. Cruising still remains the forte of the bike as it can easily maintain 120kmph under 5,000rpm.

The ample amount of torque that’s on offer means that riding it in the city is also an easy affair as the Interceptor 650 chugs along. Slot the bike in third gear and you can do your commute in an effortless manner and when you do hit traffic, the light clutch action owing to the slip and assist clutch comes to your rescue. Fuel efficiency numbers are almost identical in the city, but there is a significant drop of 6kmpl on the highway. This means touring will be a bit heavier on the wallet.

Apart from the update in the engine there have been no changes made to the BS6 Interceptor 650. The rider triangle is still similar to the older bike and we would have appreciated some improvements on this end. Despite the engine having the capability for effortless touring, that wasn’t the case for the rider as the soft seat meant long hours on the saddle wasn’t a comfortable affair. RE does offer touring seats as an accessory, but they are marginally better and an updated saddle would have been welcome on the new bike.

Our long term BS4 Interceptor encounters a violent head shake at higher speeds and it’s the same with the new bike although it isn’t as violent. With it’s long wheelbase, heft and wide handlebars, the Interceptor isn’t a machine that you wanna go hard on the corners and it’s handling can be best described as neutral. On the move the bike doesn’t feel it’s weight (202kg kerb), but riding through crawling traffic, the front end needs a bit of muscling to change directions.

The suspension setting is on the softer side and we feel that RE engineers could have changed the spring rate or tuning as part of the update. The rear suspension is too soft and this results in a bouncy kind of ride at city speeds and on sharp bumps, although at high speeds it performs better. The telescopic fork feels like it’s made of cardboard and lacks the firmness or consistency of the Classic 350’s unit.

Braking hardware remains identical to the older bike and in our test, the BS6 bike did take longer stopping distance, it could be down to the fact that the bike was brand new and the pads hadn’t set properly. The bite from the pads and the progression to the lever is spot on and nothing to complain about, in fact the braking prowess of the Interceptor 650 is among its highlights.

On the styling front, no updates have been made and that’s fine as the Interceptor is a simple but beautiful bike especially in the red and white shade our test bike was sporting which is called ‘Baker Express’. The headlight cover is now a clear lens unit which helps in improving the headlight performance but if you’re into night touring then a pair of auxiliary lamps is highly recommended.

The twin-pod instrument console has started to look dated and a more modern unit is the need of the hour, gladly RE officials had confirmed during the Meteor 350 launch that the Tripper accessory will be provided on the 650 twins next year. Royal Enfield could have also offered alloy wheels as that will help owners in upgrading to tubeless tyres and speaking about tyres, the Interceptor could do with a better pair of shoes as the Pirelli Phantom SportComp aren’t up to the mark.

As you would have figured out by now that the Interceptor 650 BS6 isn’t a perfect bike by any means and there are many aspects that Royal Enfield could improve. The BS6 update also came at a steep price hike and it’s now priced between Rs 2.67 and Rs 2.88 lakh (ex-showroom). Despite the bump in price, the Interceptor 650 remains the most affordable 650cc twin-cylinder bike that you can buy in Indian and that too by quite a huge margin.

While it isn’t a perfect motorcycle, the Interceptor will charm you with its easy going nature, wave of torque and refinement. In an increasingly digital world, it warms you with its analogue nature and rekindles the joy of motorcycling. The Interceptor 650 is a bike that makes you enjoy the ride, the scenery and has an aura of calmness which is very unique. While the updates could have been better, the BS6 Interceptor still remains a motorcycle that will make the rider smile with its calm demeanor, and that’s something very bikes can manage.