Volvo has unveiled its baby SUV and the want is high! 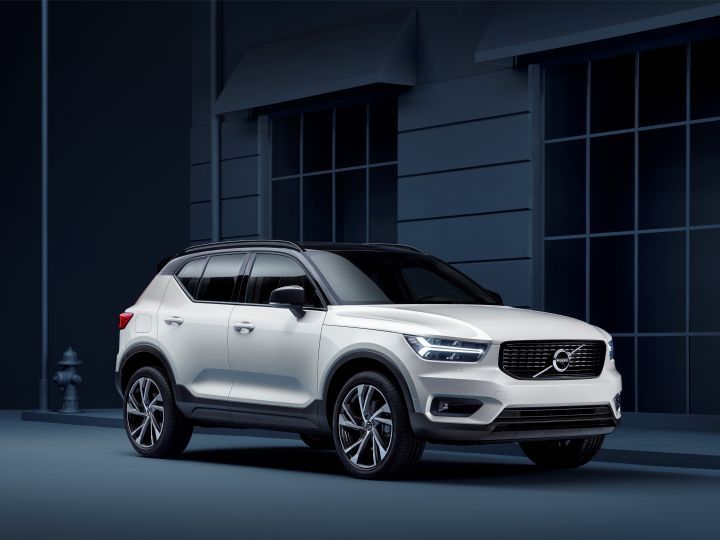 Volvo has had some fantastic cars in the Indian market, but it has always had to fight the stigma of being relatively unknown. However, now there’s a new Volvo, and it’s the kind that we Indians like the most. Welcome Volvo XC40. This is the third SUV in Volvo’s lineup and is the smallest, and the most affordable. Yes, the words ‘Volvo’, ‘SUV’ and ‘affordable’ were indeed in the same sentence. But, before you go on and wet your keyboard, this is still a Volvo and will cost about Rs 35 lakh. Before going any further, let's take a moment to look at it!

In the recent past, Volvo cars have evolved like caterpillars evolve into butterflies. The old sober boxy shapes have made way for automotive ponography. We loved the way the S90 and the V90 Cross Country looked and the XC40 is no exception either. The high bonnet with muscular creases, wide front grille flanked by sleek LED headlamps split by the Thor’s hammer LED DRLs, all come together to make it look butch. From the side, the massive 21-inches wheels stand apart and the wide C-pillar gives it the required mass. The rear is typically Volvo with vertical LED taillights and a clean boot. Also, there are loads of customisation options available to make your XC40 stand out.

Rs 35 lakh for an SUV which looks like that!

Yes, and not just from the outside, this SUV is beautiful on the inside as well. The XC40 is Volvo’s baby SUV and sits under the XC60. It is based on Volvo’s new modular vehicle architecture (CMA), which will underpin all other upcoming cars in the 40-series, including fully electrified vehicles. It is a 5-seater, but the seating has been very cleverly planned and in fact, the driver ergonomics have been paid special attention to so that all the storage compartments are within an arm’s reach. There are compartments large enough to even accommodate laptops and handbags. You also get to wirelessly charge your mobile phone and the charging pad is optimally inclined, allowing the driver to grab it easily or to give a quick look.

The centre infotainment system is from the new 90 and 60 Series cars, and is paired to a Harman Kardon 13-speaker system and has the display for the optional 360 degree camera which gives the driver a bird’s eye view of cars nearby.

Not yet. Though it has both, a petrol and a diesel engine in the international market, India will most likely get the D4 diesel. At a later stage, it might get a hybrid or even a pure electric powertrain. The diesel is a D4, 4-cylinder unit with a capacity of 1969cc. It produces 190.3PS of power and 400Nm of torque. What makes it all the more appealing is the fact that it is available with four-wheel drive as well.

It's a Volvo, Must be Safe, Right?

You bet. Volvo has a vision that ‘no one should be killed or seriously injured in a new Volvo car’ by 2020, and they intend to keep this promise. Hence, you get a Pilot Assist system, City safety, Run-off Road protection and mitigation, Cross Traffic Alert with brake support and a park assist system with a 360-degree camera. All this is offered on top of the airbags, ABS, EBD etc.

Is XC40 THE Volvo for India?

YES! Apart from the fact that it is a compact SUV (which India loves), the XC40 is expected to be phenomenal value for money. Volvo has always surprised us with its aggressive pricing, and with the XC40 being sold for about Rs 35 lakh internationally, we expect a very similar pricing for India as well. It will go head to head with the Audi Q3, BMW X1 and the Mercedes GLA and given that it is a Volvo, it is going to feel more premium, have more features and, the most importantly, keep you safe.