The XC40 will be Volvo’s most affordable SUV in India. We’re expecting a Rs 40 lakh price tag 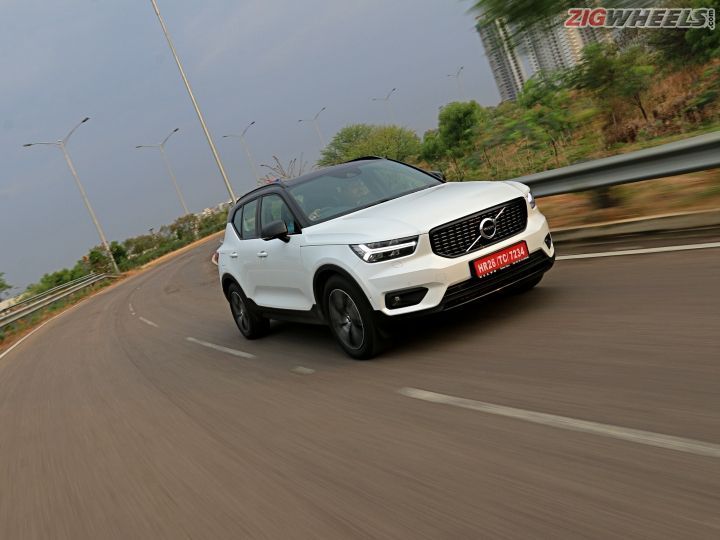 Volvo India will complete its SUV portfolio tomorrow,  with the launch of the XC40. The baby in the Volvo range will be launched in a single, fully- loaded “R-Design” variant. Let’s quickly run through what’s on offer, shall we?

First up, the platform. The XC40 is NOT based on the SPA platform like the XC60 and the XC90. Instead, it uses a new CMF platform that Volvo has co-developed with its parent company, Geely. The small XC is 4425mm long, 2034mm wide and 1652mm tall, which puts it in the same ballpark as its immediate rivals such as the BMW X1, the Audi Q3 and the Mercedes-Benz GLA. It looks like a pukka small SUV too, and not a hopped up hatch. Volvo’s trademark design elements including the “Thor’s Hammer” full-LED headlamps, the gloss- black grille and the waterfall-themed tail lamps makes sure the XC40 feels like a member of the family.

Inside, it’s loaded to the gills considering it’s available in the top-spec R-Design variant only. Equipment on offer includes a 12.3-inch LCD screen in place of the instrument cluster, Volvo’s go-to 9.0-inch “Sensus” touchscreen (with Android Auto and Apple CarPlay), dual- zone climate control and a panoramic sunroof. Other goodies include powered front seats (with memory for the driver), heated seats, and a 13-speaker Harman Kardon music system. In terms of safety tech, features such as lane keeping aid, radar-guided cruise control, hill start and hill descent control, and park pilot assist all come as standard.

Volvo will offer the XC40 with a single 2.0-litre diesel engine that makes 190PS of power and 400Nm of torque. Our senior correspondent,, and resident yeti, Tushar said, “The performance presents no surprises, pleasant or unpleasant. Power delivery is relaxed and whether it's commuting, cruising or making quick overtakes, the XC40 has exactly enough.” You can read the full review of the India-spec XC40 here. Earlier in the year, our editor Kartikeya flew out to Spain to sample the petrol variant of the baby Volvo. The XC40 petrol is powered by a 250PS/350Nm 2.0-litre petrol. We’re expecting this engine to be offered later in the year. You can check out the XC40 petrol review by following the link.

We’re expecting prices to be on par with the top-spec versions of the Audi Q3, BMW X1 and the Mercedes-Benz GLA. That means we’re looking at a sticker price of around Rs 40 lakh. The XC40 will be available in limited numbers, though. So, if you’re eyeing one, keep that cheque ready!