Upcoming Motorcycle Launches In May 2020 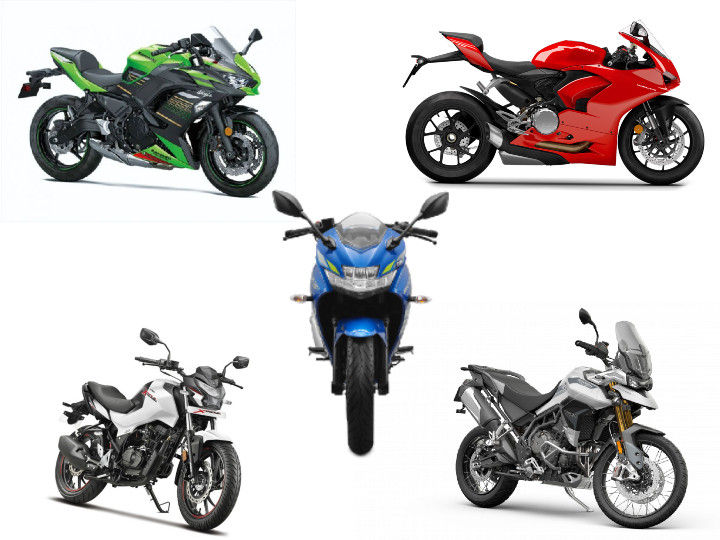 With the lockdown restrictions being relaxed in most parts of the country, motorcycle manufacturers are looking at restarting operations soon. There were a few launches that had been pushed ahead because of the lockdown, and they could very well take place now. Here’s what we expect manufacturers to roll out this month:

BS6 Suzuki Gixxer 250s
Suzuki has been putting out teasers of the upcoming BS6-compliant Gixxer 250 and Gixxer SF 250 on its social media pages. The motorcycles were shown at Auto Expo 2020, and would have been on sale currently had the pandemic not occurred. Nevertheless, the quarter-litre Gixxers have now got their work cut out with the arrival of the Bajaj Dominar 250 and the Husky 250s.

Suzuki V-Strom 650 XT BS6
Suzuki also shared a teaser image of the V-Strom 650 XT BS6 on its website, with the motorcycle receiving its emission updates first in our country. Suzuki is yet to update the bike globally but it seems it has already received its BS6 homologation. The Japanese manufacturer has tasted success with the V-Strom 650 XT, spurring it to launch the SV650 in India as well.

Triumph Tiger 900
After updating the Bonnies and launching the new Street Triple RS, Triumph’s next motorcycle on the list happens to be its updated middleweight adventure motorcycle: the Tiger 900. Triumph was originally supposed to launch the bike by April, but due to unforeseen circumstances, it has been pushed to the end of this month.

Ducati Panigale V2
Ducati also seems to be gearing up to roll out the brand new Panigale V2 to our shores soon. The Panigale V2 is the smaller sportsbike in the Panigale series, replacing the older Panigale 959. It gets the same motor as the 959 but with more oomph and BS6 compliance. Plus, it looks like a scaled-down version of the Panigale V4.

2020 Kawasaki Ninja 650 & Z650
Kawasaki were one of the first few big bike manufacturers to jump on to the Euro 5/BS6 bandwagon as it updated three of its highly popular models late-last year. While Kawasaki India claims to have “launched” the bikes already, we are still waiting for the final price list of the new bikes. The first to arrive will be the new Ninja 650 and the Z650, with a few dealerships already accepting bookings for the two motorcycles.

Hero Xtreme 160R
Hero took the wraps off its upcoming motorcycle in the Xtreme series -- the Xtreme 160R -- at the Hero World 2020 event earlier this year. The Xtreme 160R is a new motorcycle developed from the ground-up. It is meant to take on the likes of the TVS Apache RTR 160 4V and the Suzuki Gixxer. With Hero’s production facilities restarting operations, we could very well be hearing soon from the manufacturer regarding the launch of the motorcycle.

Hero XPulse 200 BS6
While Hero has given its 200cc motorcycles the necessary BS6 updates, we are still awaiting the new prices of the bikes. The Hero XPulse 200 BS6 was on display at the same event where the Xtreme 160R was shown. The updated bike gets a chunky cat-con and an oil-cooler to supplement the engine cooling process.