The new 1,802cc motor is the largest boxer that BMW Motorrad has ever built! 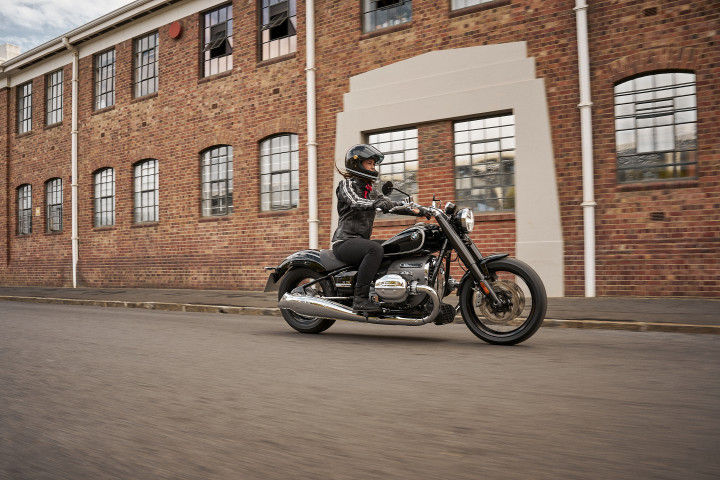 Heritage motorcycling has been the trend since the middle of the last decade. Many motorcycle manufacturers are looking to build bikes that evoke nostalgia, offer a hasslefree riding experience and sprinkle in some modern tech along as well. Triumph’s Bonneville series and Ducati’s Scramblers are perfect examples. Even the Orient has gone old-school with motorcycles like the Suzuki Katana, the Yamaha XSR series and the Honda CB1000R (with the Neo Sports Cafe look).

BMW has now entered the fray with its own heritage-inspired large capacity cruiser: the R 18. And this exquisite beauty aims only to beat the Americans at their own game.

This isn’t the first time we have seen the R 18 in the flesh. BMW had shown us various iterations of the motorcycle at EICMA 2019 but with the same 1,802 air-cooled twin-cylinder boxer engine. The new motor is the crown jewel in the company’s boxer line-up as it is the largest boxer twin that Motorrad has ever fitted into a production bike. The output figures of 91.1PS and 158Nm feel quite on par with Harley-Davidson’s Milwaukee-Eight 114 engine. The 1,868cc Harley V-twin motor, which is found on the Fat Boy, makes 93PS and 156Nm.

Another special bit about this new boxer engine is that its final drive is an exposed drive-shaft, just like the old BMW boxer motorcycles. Modern bits on this bike includes an electronic riding aids package comprising of ride-by-wire, three riding modes (Rain, Roll and Rock), stability control, traction control and dual-channel ABS. If you do opt for the Premium Package, you also unlock hill start control and reverse assist! While optional, we believe that the latter feature would come in handy when manoeuvring it in the parking lot as the kerb weight of this rolling art on wheels is a collossal 345 kilos.

BMW has wrapped the 1,802cc boxer engine in a double cradle frame. The swingarm design tricks you into believing that it is a hardtail, when in fact the monoshock is neatly tucked in beneath the rider seat. This has become a common occurrence in recent times, as it is the same thought with the chassis design of the Triumph Bonneville Bobber, the Harley-Davidson Softail family and even the Jawa Perak.

The telescopic fork is covered in metal fork sleeves. The wire spoke rims add to the classic look. Braking duties are carried out by a twin disc setup at the front and a single rotor at the rear, with a four-piston fixed caliper acting on each one of these discs.

The new R 18 travels back nearly 80 years for its design inspiration, the BMW R 5. The pear-drop tank is quite similar to the R 5’s with smooth flowing lines which is easy on the eye. It looks quite understated in gloss black colour, which is the only colour the bike comes in. There are chrome bits also to be found but none so much to make it look blingy.

BMW Motorrad will be offering the R 18 in a limited edition series called the ‘First Edition’ to begin with. The R 18 First Edition will be the only option available to certain markets and we feel that India will be one of them. What you do get aside from the ‘First Edition’ badges on the side panels is the white pinstriping to complete the authentic old school BMW look.

So how much moolah would you end up paying for the Bavarian masterpiece? If BMW Motorrad India gets only the premium First Edition to India, expect it to carry a sticker price of Rs 28 lakh. However, if it also brings in the base edition, it is likely to be launched at Rs 24 lakh. The extra Premium package would add a lakh or two more to the cost. All prices, ex-showroom India.