No asymmetric look, no ShiftCam technology but lighter and more feature loaded 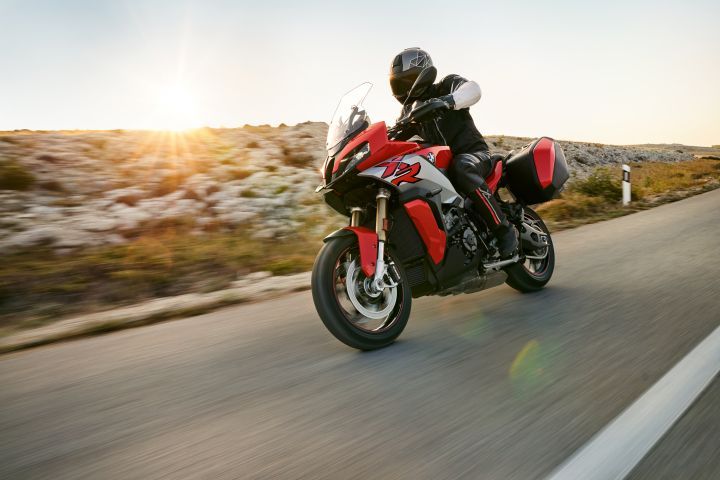 After teasing it for a few months, BMW Motorrad India has finally launched the 2020 S 1000 XR at Rs 20.90 lakh (ex-showroom India). The updated model bears a price premium of Rs 40,000 over the older bike's Pro variant. The new S 1000 XR will arrive in just one trim. Bookings for the litre-class adventure-cum-sports tourer had already begun a while back, with deliveries to begin in the coming weeks.

The S 1000 XR has been one of BMW’s most popular products. While BMW calls it a part of its adventure series of motorcycles, it is only suited to be ridden on tarmac. Just like its sportsbike cousin, the S 1000 RR, the design of the 2020 S 1000 XR too has seen a dramatic change. It no longer sports the iconic asymmetric headlights, now replaced by sharper LED units. The LEDs help shave off a bit of weight. Overall, the 2020 model is 10kg lighter, now weighing 226kg.

Powering the bike is still a 999cc four potter engine that puts out the same 165PS and 114Nm as before. Even though that is good news for potential buyers, what feels a bit disheartening is that BMW hasn’t kitted the S 1000 XR’s mill with the ShiftCam technology (basically VVT). The feature would have made the motorcycle a lot more usable in everyday riding situations.

It does come loaded to the brim with electronic aids. Aside from the usual rider modes and traction control, you also get wheelie control, engine drag torque control, a bi-directional quickshifter, cruise control and hill start assist. A few of these functions are aided by a six-axis IMU, enabling better calibration.

Electronically adjustable suspension units from ZF are present at both ends. You get 17-inch alloys at both ends wrapped with touring-spec rubber. Much like the engine, even its braking hardware seems to have been borrowed from the S 1000 RR. At the front, you get twin 320mm rotors with Hayes monobloc calipers acting on each one of them while a 220mm disc with a single-piston caliper is found on the rear wheel.

The primary rival of the BMW S 1000 XR remains the Kawasaki Versys 1000. The Team Green motorcycle is significantly cheaper (Rs 10.89 lakh) but the Beemer is the more premium, powerful and feature-rich product.