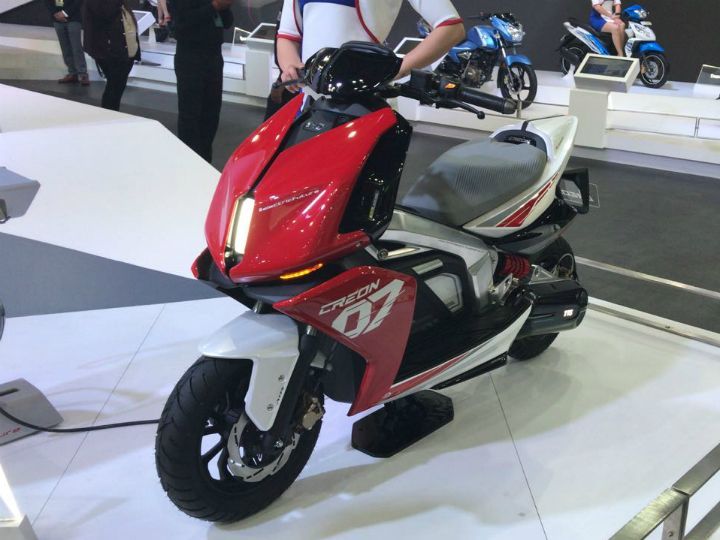 Adding to the electric frenzy, TVS’ top boss, Sudarshan Venu, has confirmed that the Hosur-based brand will be “launching half a dozen EVs across segments in the next 24 months.” Naturally, that’s music to our ears as it means TVS will be focusing its electric efforts on sporty, performance vehicles as well.

TVS will be investing over Rs 1,000 crore in a new electric division, which we guess is going to be called TVS Electric. The iQube Electric will be part of this sub-brand and so will the upcoming vehicles. Also, further expansion to more cities will be key. Currently, the iQube is only available in Bengaluru, Delhi, and Pune with a few more cities to be added by the end of 2021.

So, what can we expect from the six new electric vehicles? Firstly, we think a production-ready version of the Creon scooter concept showcased at Auto Expo 2018 will take priority. TVS has a habit of producing a conventional mass-market product and following up with a sporty one. So, the Creon, or at least something based on the Creon concept, will be a great alternative for those seeking a sporty riding experience from their electrics. Here’s the entire dope on the Creon concept.

Meanwhile, TVS recently trademarked the name ‘Retron’. While the possibilities are endless, given the update, we think it could very well be an electric version of the TVS Radeon commuter. While it is not an out-and-out retro motorcycle, the Radeon has certain old-school traits. We expect something similar for the Retron, which should be an easy-going city slicker.

Which EV are we most keen to see? While the Creon and Retron and even perhaps an electric Apache sound delightful, the thought of an electric TVS XL100 (which we think could be called the TVS e-XL) is what we would like to see from TVS. The XL’s architecture can be easily converted to an electric, it would pay homage to TVS’ racing roots, and would be a fun way to zip around the city. Are you listening, TVS?