Confirmed: The India-spec Altroz Will Be Unveiled In December 2019 And Launched In 2020

The Altroz is a premium hatchback that rivals the upcoming Honda Jazz, Maruti Baleno and Hyundai Elite i20 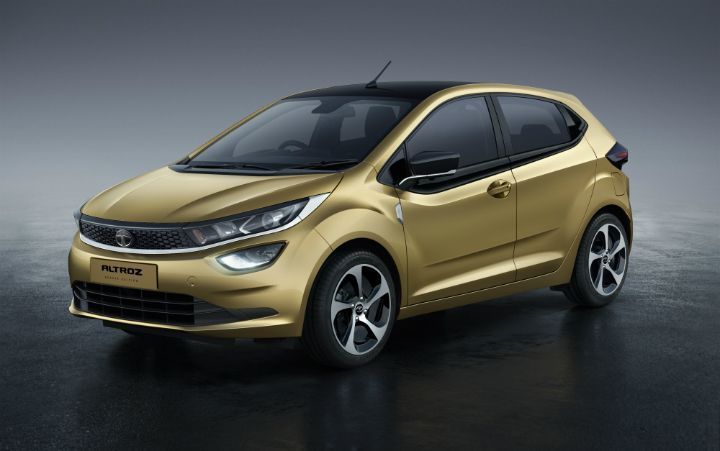 If you’ve been waiting for the Tata Altroz premium hatchback, we have some good news for you. The carmaker is set to unveil the India-spec model in December 2019 and could launch the Altroz before Auto Expo 2020. The Altroz made its debut at the 2019 Geneva Motor Show, with its launch in India initially slated for September 2019. Tata Motors has been extensively testing the Altroz and it has been spied multiple times in the Himalayas and on city roads. Previous spy shots revealed a modern interior and it is expected to come with BS6-compliant engines. There’s also an EV variant that will come with Tata Motors’ Ziptron powertrain. So without further ado, let’s see what the Maruti Baleno and Honda Jazz rival packs in for you.

Thanks to earlier teasers we know that the India-spec Altroz looks similar to the Geneva Edition car.  The front-end gets a raked honeycomb mesh grille that merges on to the sleek projector headlamps. Below it is the large fog lamp housing that gives the headlamp a split-setup look. In profile, the Altroz comes with a sharp crease for added character while the 16-inch 8-spoke alloy wheels give it a nice stance. At the rear, sleek LED tail lamps are connected by black plastic trim.

Earlier spy shots revealed the Altroz cabin, which is modern, to say the least. Just like a couple of Tata cars, the Altroz comes with a floating infotainment screen and an instrument cluster similar to the Harrier. The spy shots reveal some key features of the Altroz including ambient lighting, Android Auto, climate control, a multi-info display, cruise control, automatic headlamps as well as keyless entry with push-button start. Expected safety features include dual airbags, ABS with EBD, rear parking sensors with camera, high-speed alert, as well as driver and co-driver seatbelt warning.

Under the hood, the Altroz could come with three BS6-compliant engine options. This includes two petrol engines: a 1.2-litre naturally aspirated (NA) unit from the Tiago and the 1.2-litre turbo-petrol motor seen in the Geneva Edition model. The NA petrol develops 85PS and 114Nm while the turbo-petrol engine develops 100PS and 140Nm. Meanwhile, the diesel engine is expected to be a slightly detuned version of Nexon’s 1.5-litre unit. The NA petrol unit could come with a 5-speed manual/AMT while the other two engines could get a 6-speed manual/AMT.

The Tata Altroz is expected to be priced from Rs 5.5 lakh to Rs 8.5 lakh (ex-showroom). Its primary rivals are the Maruti Suzuki Baleno, Toyota Glanza, Hyundai Elite i20, and the upcoming 2020 Honda Jazz.